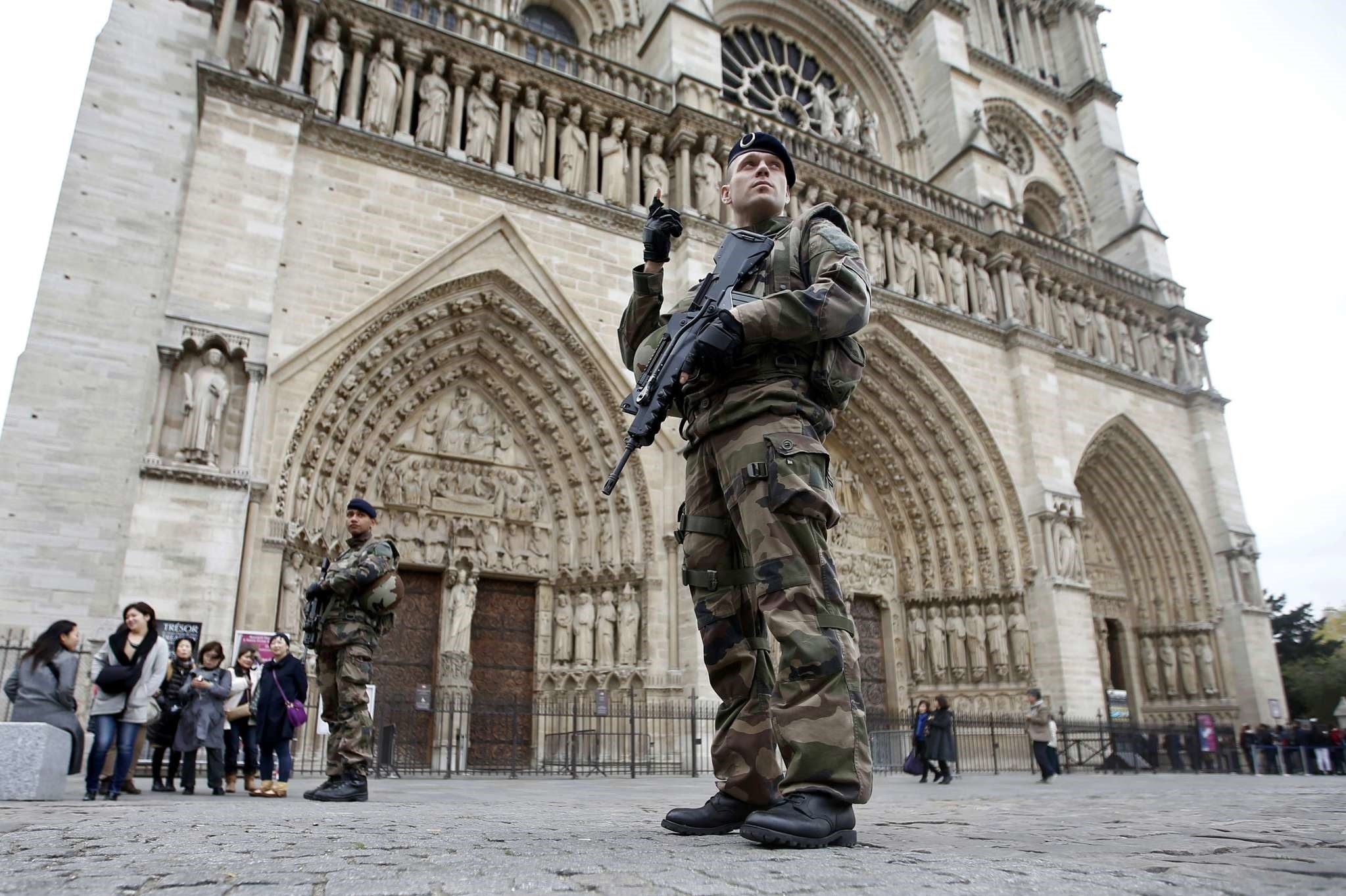 The Peugeot 607 was discovered abandoned, with headlights flashing, at the weekend in part of the city which is thronged with tourists, the sources said.

Anti-terror investigators have launched a probe and the car's owner and another person, who are both known to security services, were arrested on Tuesday.

A bar employee working near the cathedral raised the alert on Sunday after noticing a gas cylinder on the back seat of the car, which had no number plates, a police source said.

That cylinder was found to be empty but five full cylinders were found in the boot of the car.

No detonators were found, police said.

Photographs of the metallic silver-coloured car after it was discovered showed its boot open and the gas cannisters placed on the ground in a quiet side street opposite the cathedral.

A notebook containing writing in Arabic was also found in the car, according to the mayor of the district of Paris where the vehicle was found. 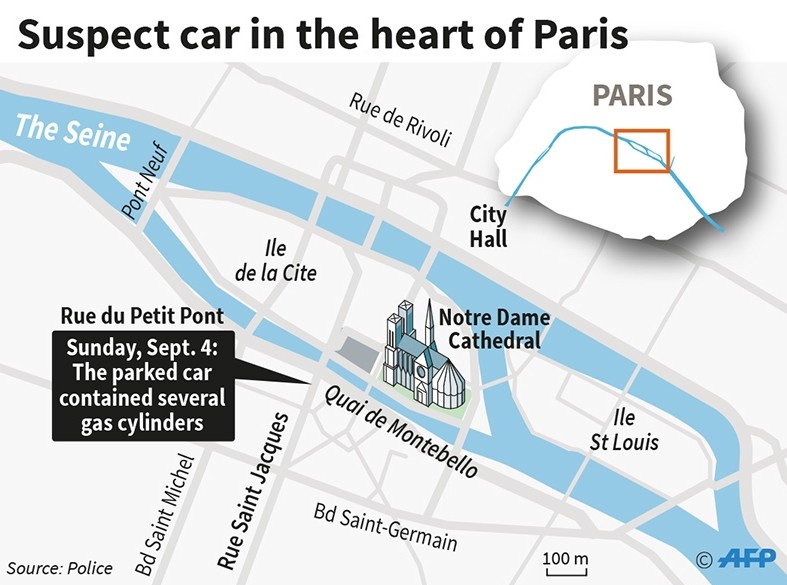 Mayor Florence Berthout made the claim in a letter to Paris police chief Michel Cadot, that AFP has seen.

Berthout protested that the car was able to remain "illegally parked for over two hours, despite several telephone calls to police headquarters".

The car's owner was identified on Tuesday.

Notre Dame, renowned for its flying buttresses, stained glass windows and gargoyles, is one of Paris's most popular landmarks, attracting 13 million visitors each year.

The head of France's DGSI domestic intelligence service, Patrick Calvar, warned in May of a "new form of attack" in which explosive devices would be left near sites that attract large crowds.

Such attacks would create large numbers of victims without sacrificing suicide bombers, he told a parliamentary committee.

In July, 86 people were killed and dozens injured when a truck ploughed into a Bastille Day crowd in the Mediterranean resort of Nice. Daesh said the driver, Mohamed Lahouaiej Bouhlel, was one of its followers.

French security services are particularly worried about the danger posed by extremists returning from Syria, where they have been fighting with Daesh forces.