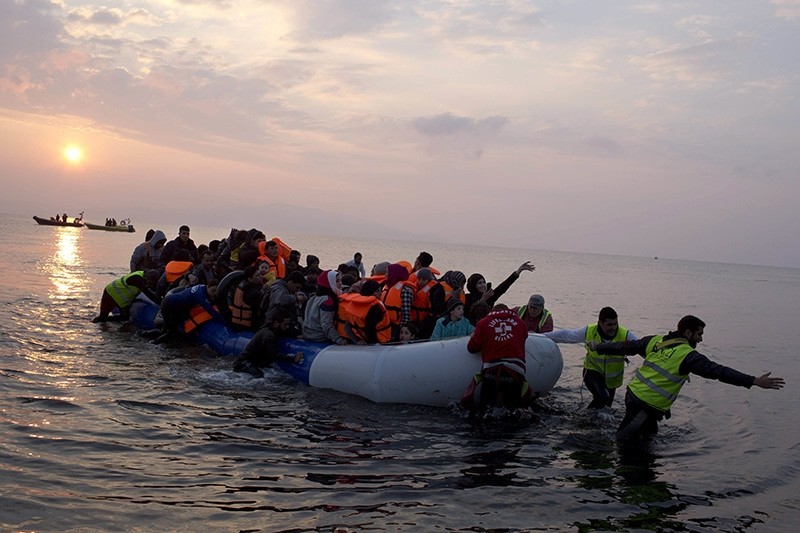 Britain will start to build a "big new wall" in the northern French port of Calais, the U.K.'s immigration minister announced on Wednesday in an attempt to stop refugees from sneaking onto lorries boarding ferries and the Eurotunnel.

The four-meter high, 1-kilometer long barrier was planned to be built on a port and completed by the end of 2016. Its construction will start this month. The wall will be funded by the British government under an agreement struck at a summit in March and will complement a security fence already put up around the port and entrance to the Channel Tunnel. Many of those who land in Paris are bound for the northern port of Calais, where they hope to stow away on a truck crossing to Britain.

Migrant passage in the northern French port city of Calais has been a controversial issue between Britain and France. While Britain wants to retain the border deal, France wants border controls to take place in the U.K., instead of carrying out immigration checks in Calais. According to the historic border agreement, dubbed Le Touquet Treaty signed in 2003, British security controls have been stationed at the French border and immigration checks are carried out in French ferry terminals in the northern French port city of Calais. The agreement also allows French border officials to check the documents of migrants in Dover, across the English Channel.

The squalid camp of tents and makeshift shelters in Calais, known as the Jungle, is home to some 7,000 migrants. However, the number might be as high as 10,000, the officials stated. French Interior Minister Bernard Cazeneuve vowed to close the camp "as quickly as possible" but said it would be done in stages.

Meanwhile, the humanitarian situation has worsened in the Calais camp. Hundreds of migrants have been waiting in makeshift camps for their asylum application procedures to be completed. Others, who were granted asylum in France, are still sleeping outdoors in the camps while waiting for lodging.

An 18-hectare wasteland in the French port city was turned into a camp in April 2015. Hundreds of migrants were relocated by French authorities where there is no access to basic services. Most migrants coming from the eastern African countries of Eritrea, Ethiopia and Sudan and war-torn Syria intend to cross the English Channel and seek asylum in the U.K. As only a small number of refugees are eligible to enter European countries, the ones that can find shelter suffer from worsening humanitarian conditions in refugee camps.