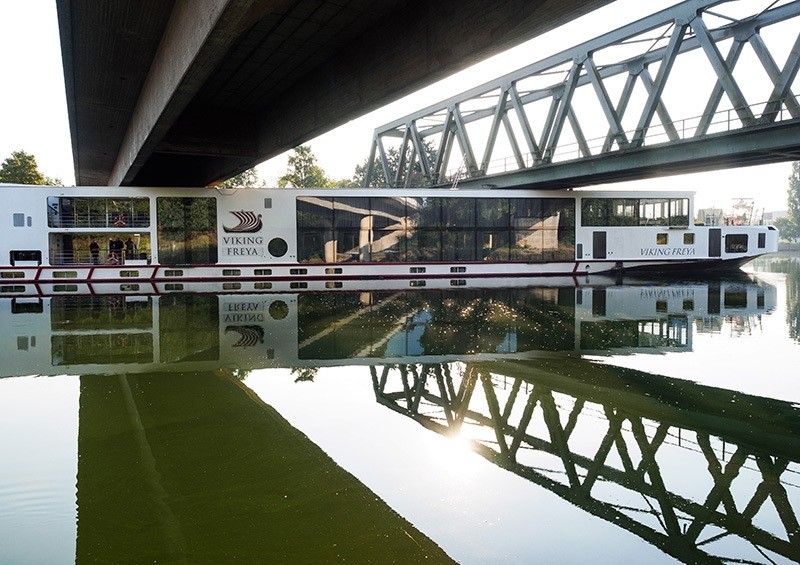 Authorities say two crew members of a river cruise ship have been killed in southern Germany after the vessel struck a rail bridge, crushing the wheelhouse.

Police said the ship had just cast off early Sunday from the town of Erlangen on its way to the Hungarian capital, Budapest, along the Main-Danube Canal when the accident occurred.

The dead were a 49-year-old who was at the wheel of the vessel and a 33-year-old sailor.

Police say the 181 passengers and 47 other crew members on the short-lived voyage were unhurt. They remained aboard the ship for hours until rescue workers could extend a rescue bridge.

Boat traffic on the canal was halted, but the rail bridge was not seriously damaged.