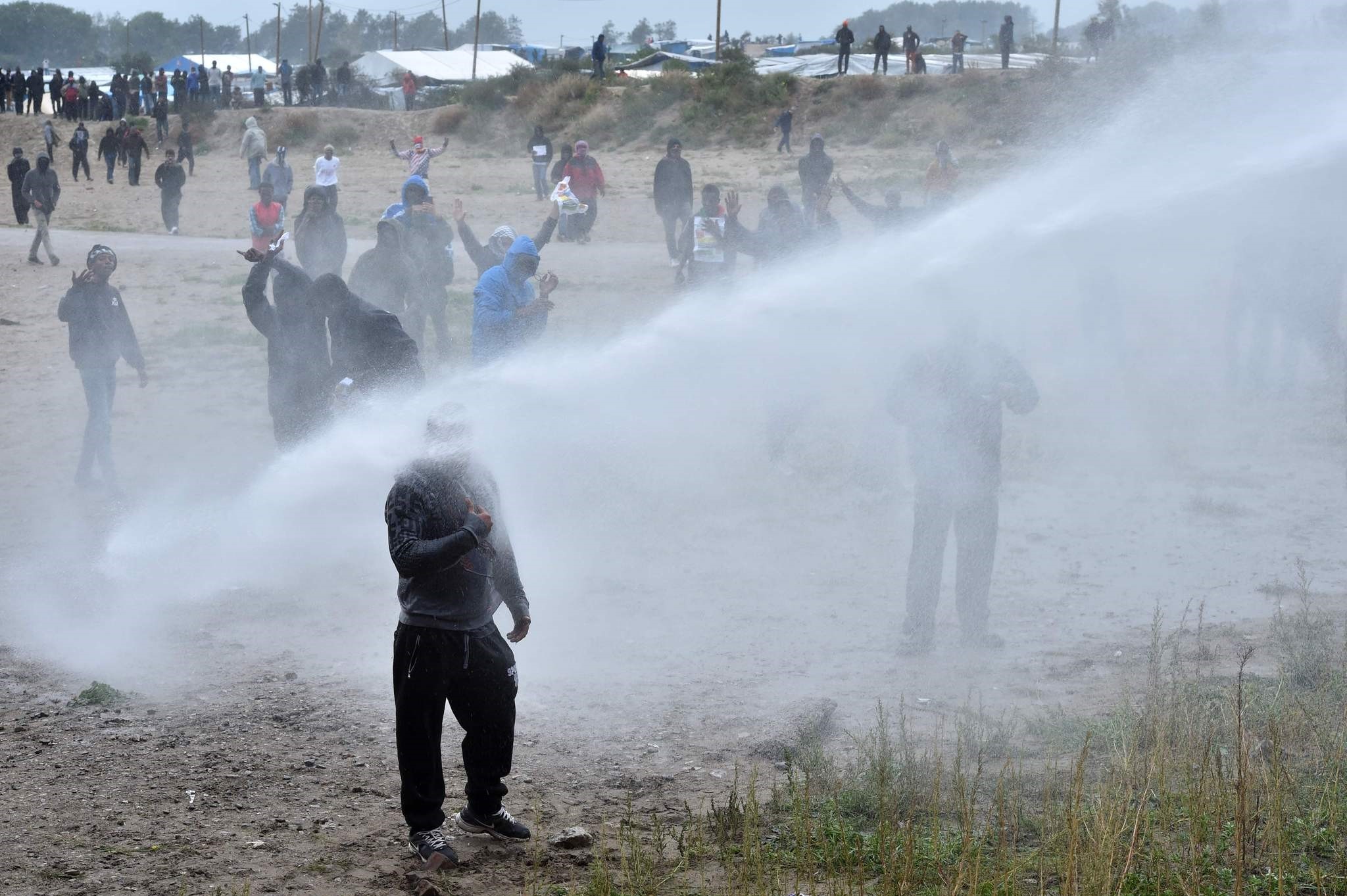 French police used water cannon and tear gas against well over a hundred protesters, consisting of migrants and pro-migrant activists from across France near a migrant camp in Calais on Saturday.

Five police officers and a journalist sustained light injuries, the Interior Ministry said in a statement. Regional official Vincent Berton said the demonstrators were throwing stones at police and the protest had been forbidden because "the situation is already tense."

Hundreds of people came in by bus from other cities, and were met by police, who used tear gas to disperse them and keep them from marching into the city center.

The local authorities had earlier this week issued an order forbidding any migrant-linked demonstrations.

The government in Paris wants to shut down the camp, which officials say holds about 7,000 migrants. Aid organizations put the number at closer to 10,000.

The camp, with thousands of people living in crude and lawless conditions, has become a flashpoint in Europe's migrant crisis, and a symbol of Hollande's government's failures to find a solution for those who converge here in hopes of getting to Britain.

The migrants are waiting in the camp to try and reach Britain, often stowed in, behind, or underneath trucks.

Conservative candidates seeking to unseat Hollande in elections next year have visited Calais to call for a crackdown on the migrants.