Brexit to take place before April, PM May says 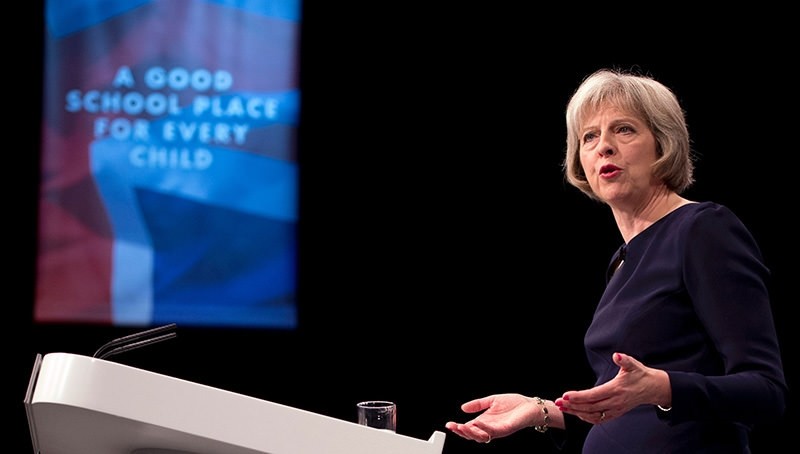 Prime Minister Theresa May said Britain would start the formal process for leaving the EU before April as her governing Conservative Party opened its annual conference on Sunday.

While the prime minister had long hinted that she would start the process early next year, many observers had speculated that she would hold off until the French presidential elections, due to conclude in May.

Britain voted in a June referendum to leave the EU, but has not yet invoked the article of the EU treaty that would trigger negotiations. Triggering Article 50 of the Lisbon Treaty early next year would set the nation on a course to leave the 28-nation trading bloc by 2019.

May confirmed her plans to the BBC on Sunday ahead of ahead of a speech on the so-called British exit or Brexit at her Conservative Party Conference in Birmingham.

"I will be saying in my speech today that we will trigger (Article 50) before the end of March next year," she said

The prime minister also said she would ask Parliament to repeal the European Communities Act, the measure that makes EU law British law. She said her government would incorporate all EU laws and then repeal measures as necessary on a case-by-case basis.

"That means that the United Kingdom will be an independent, sovereign nation," she said. "It will be making its own laws," May said of repealing the act.

Once the relevant section of the Lisbon Treat is invoked, there is a two-year timeline laid out for talks under EU rules. However, the process can be extended beyond two years, if Britain and all other EU countries unanimously agree.

May has also ruled out holding a general election before one is due in 2020, telling The Sunday Times it would "introduce a note of instability".

And when Article 50 is triggered, it is likely to be a painful process. This could worsen the decades-old arguments between eurosceptic and more pro-EU Conservatives, already inflamed by the referendum.

"The Brexit negotiations will take much longer and be far more complicated than many British politicians realise," said Charles Grant, director of the Centre for European Reform.

Sunday is set to be the main day for debate on the EU, with addresses from May as well as Boris Johnson and Brexit minister David Davis.

They will be expected "to put some kind of meat on the bones," said Victoria Honeyman, politics lecturer at Leeds University.