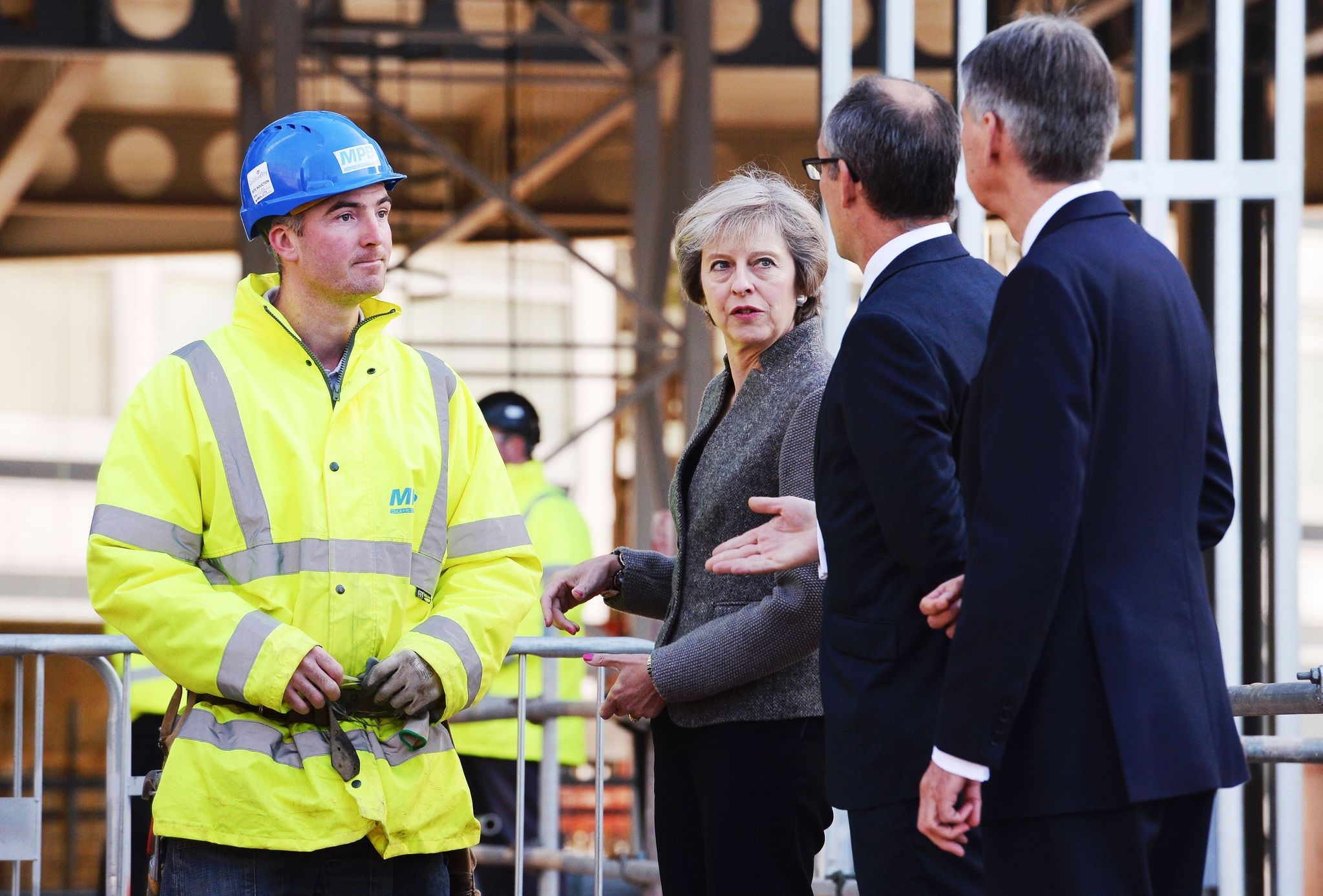 British Prime Minister Theresa May (2L) and British Chancellor of the Exchequer Philip Hammond (R) visit a construction site where new HSBC offices are being built in Birmingham. (AFP Photo)
by Associated Press
Oct 03, 2016 12:00 am

Britain's Treasury chief has warned of turbulence in coming years as the country negotiates its exit from the European Union, while the pound fell on indications the government may give up on continued access to the EU's common market.

Philip Hammond told the BBC on Monday that Britain will face a couple of years — or longer — of uncertainty as Britain goes through the process of leaving the 28-nation trading bloc.

"I think we must go into this negotiating period with a realistic expectation of the turbulence that there could be during the negotiations. People will be speculating — one day it's going very well, one day it's not going so well," Hammond said. "We have to expect a period when confidence will go up and down — perhaps on a bit of a rollercoaster — until we get to a final agreement."

Hammond's remarks came a day after Prime Minister Theresa May set a timetable for Britain's exit. She said the country would invoke Article 50 of the EU treaty — the formal mechanism to leave the EU — by the end of March. That would start official talks on Britain's exit but also the thornier issue of what the new relationship will be like.

In a speech, May emphasized a need to limit immigration of EU citizens, suggesting she may prioritize that over retaining market access for British companies to the EU's tariff-less common market. The EU has long insisted that Britain cannot be part of the common market if it blocks EU workers.

A move to break out of the common market — what experts have termed a "hard Brexit" — has worried many British businesses as they would face new tariffs, red tape and barriers on exports to the rest of the EU. It is a particular problem for Britain's massive financial services sector, which would lose the automatic right to work across the EU, currently the world's biggest economic bloc.

The pound fell on Monday after the comments by May and Hammond, dropping 1.1 percent to $1.2835.

To help the economy through the turmoil, the British government agreed to ease off its budget austerity drive. Hammond said he would abandon the goal of the previous government to put the country's books into surplus by the end of the decade. He also hinted at tax cuts to stimulate economic activity.