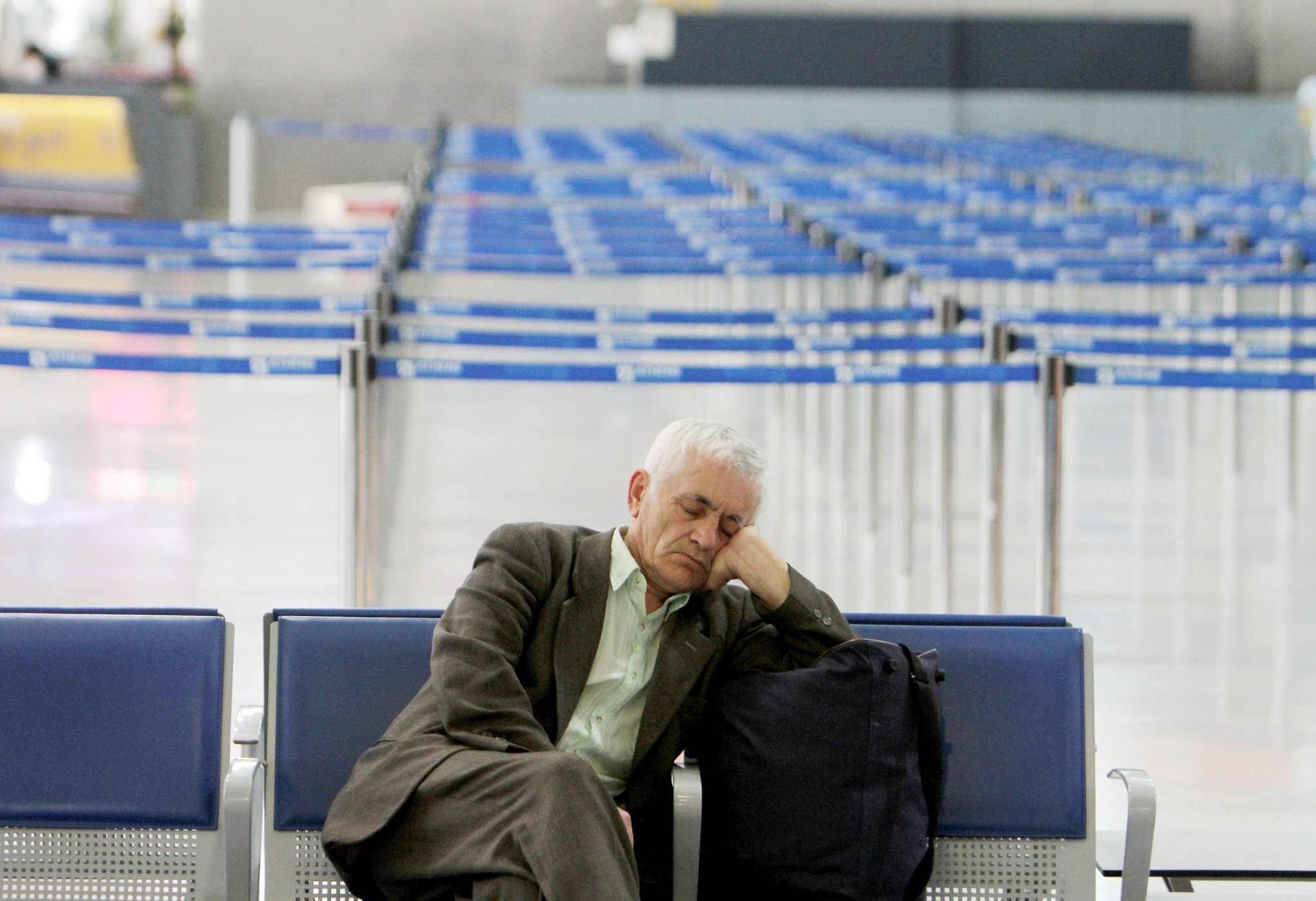 A passenger sleeps during a strike at the Athens International Airport Eleftherios Venizelos in Spata on Wednesday, Feb. 24, 2010. (AP Photo)
by Oct 05, 2016 12:00 am
Greek air traffic controllers plan to walk off the job over four days from Oct. 9, grounding flights in protest at changes to their job descriptions under reforms pursued by the country's foreign creditors.

Their union said on Wednesday they would stage 24-hour strikes on Oct. 9, 10, and Oct 12-13 inclusive. All but emergency and search-and-rescue flights along with flights through the Athens Flight Information region would be suspended.

Walkouts by Greek air traffic controllers, a department considered an essential service, have in the past been deemed illegal by Greek courts and been cancelled.

The announcement on industrial action coincided with the submission of draft legislation to parliament on Tuesday evening seeking to introduce changes to the structure of the civil aviation department.

"This was a last chance for a proper reform. Instead, they are pursuing changes which will shut us down in a year or two," said a member of the air traffic controllers union board. "They are undermining our sector and they never consulted with us."

The 170-page proposed law which reforms the aviation sector and is a demand of Greece's European Union and International Monetary Fund lenders, will be discussed in parliament on Thursday. The left-led government has 153 lawmakers in the 300-seat parliament.