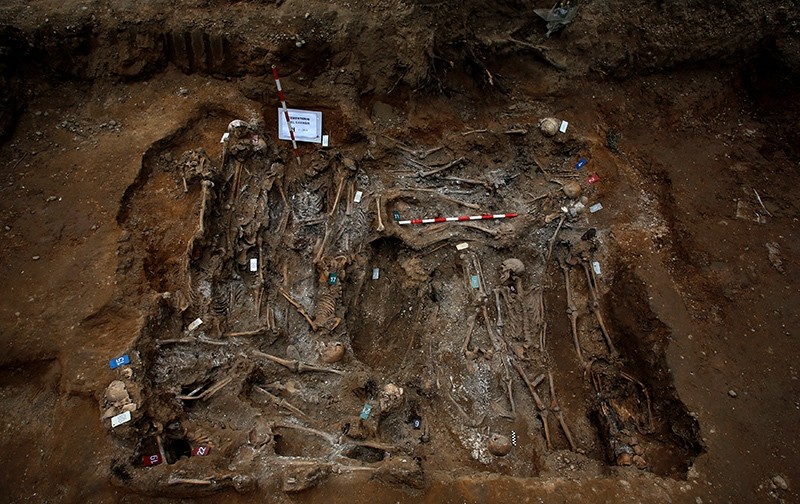 The remains of bodies are seen during the exhumation of the one of the three mass graves that contain in total the remains of around 200 bodies believed to have been killed by Spain's late dictator (Reuters Photo)
by reuters
Oct 05, 2016 12:00 am
Archaeologists brush soil away from skeletons lying twisted in an open grave, some wearing decayed leather boots, in a cypress-lined municipal cemetery in central Spain.

The grave is one of more than 2,000 mass burial sites estimated to lie across Spain dating from the 1936 to 1939 civil war and the ensuing dictatorship of General Francisco Franco. Only a handful have been dug up and documented. 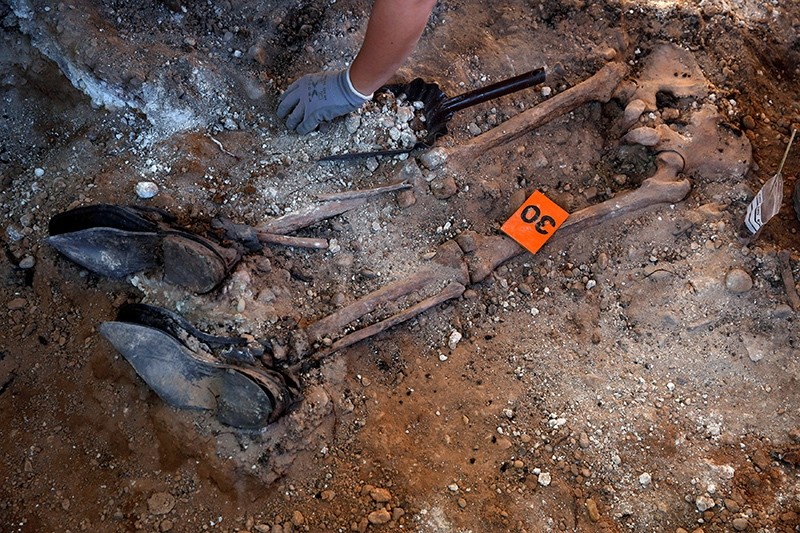 Eighty years after the start of the conflict, a bloody ideological struggle between left and right, authorities are backing efforts to recuperate some of the more than 100,000 victims forcibly 'disappeared' during that time.

In the central Spanish city of Valladolid, the council has authorised and paid for excavation work to start uncovering graves archaeologists believe conceal more than 1,000 men and women executed and buried in an unmarked spot in the cemetery.

Since April, workers have emptied three graves of 185 bodies to be sent to a forensic archaeologist for analysis that may help identify the dead. They have started examining the area with radar pulses to find more unmarked mass burial sites. 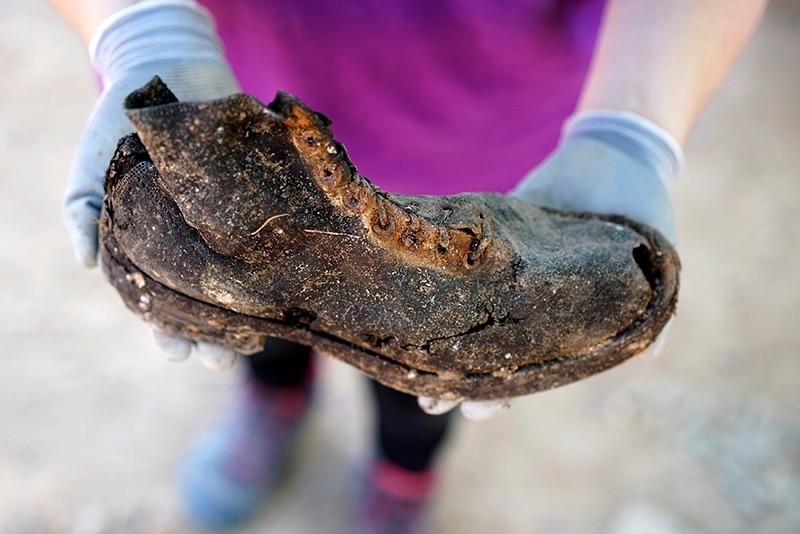 "This is a question of national dignity and human rights rather than opening the wounds of the past," says the mayor of Valladolid, Oscar Puente, whose council paid 25,000 euros ($27,752) to employ a professional team to work on the site.

"We could not simply look away."

As many as 10 pits filled with bodies could be in the graveyard, says Julio del Olmo, the archaeologist overseeing the dig. Victims were executed following judgment in kangaroo courts or slain in small groups and tipped into the pit by truck, he said.

The bodies are interspersed with crumbly white soil, the quicklime that was spread on the recently executed to prevent smells and prevent disease. Even so, slaughter on such a grand scale must have reeked, says del Olmo.

Abilio Perez, a sprightly octogenarian former bar owner, tended the unmarked area above the graves alongside his wife for six decades, leaving flowers on All Saints' Day and marking off the area with four iron rods and chains.

A priest told a relative that the bodies of his wife's father and brother were dumped there after being executed by Franco's forces in the autumn of 1936. But he was told for years by authorities that nothing was there.

"We put a cross there, but it was taken away," he said. 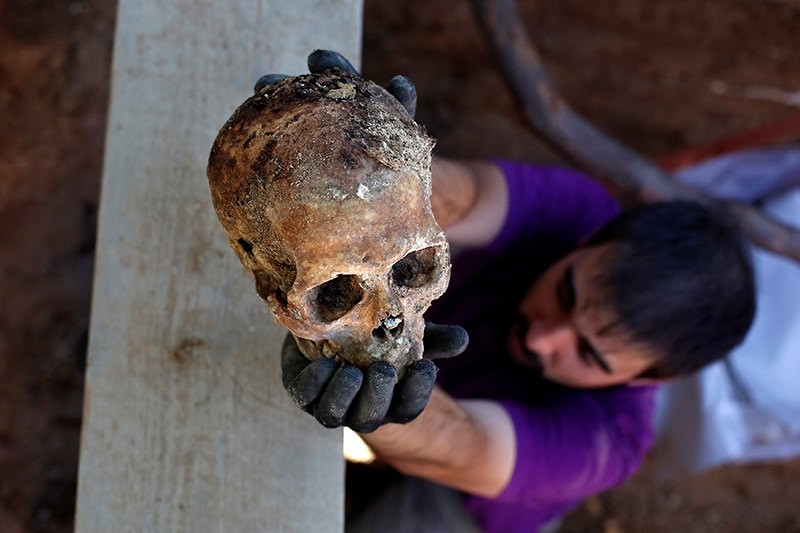 Spain, in common with many Latin American countries in their transition to democracy, passed an amnesty law in 1977 which pardoned the crimes of the Franco government. The mass graves were left undisturbed.

But there is increasing interest from a new generation to face up to the country's past.

The opening of graves and acknowledgement of their existence symbolise a positive change on behalf of Spanish institutions, says del Olmo. But it is too late for most of the relatives who remember the executed men and women.

"It's unforgivable that this is being done now and not then," he said, taking a break from preparing a skeleton to be photographed.

"Just 25 years ago the widows, who suffered the most from this loss, were alive. Now they're all dead. The only children alive are the youngest. That is something to which all the governments of this country have been impervious," he said.
Last Update: Oct 05, 2016 11:52 am