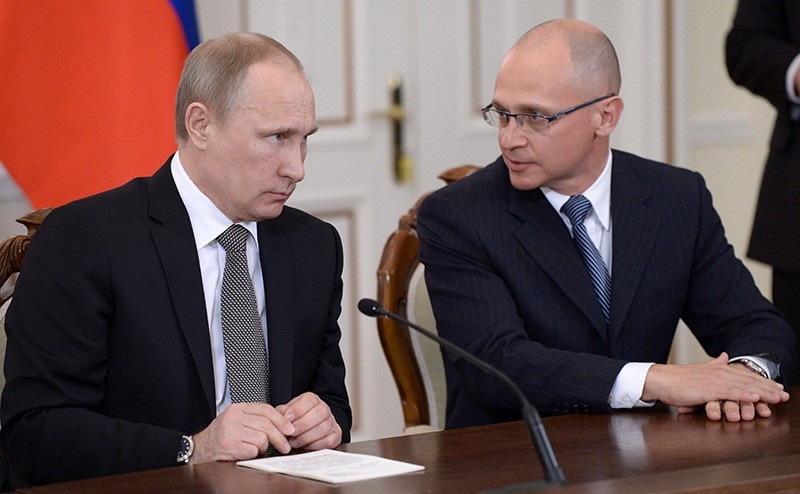 The appointment is the latest in a broader reshuffle by the Russian leader that has seen some of his top allies shifted.

The Kremlin published a decree on the appointment of Kiriyenko, who briefly served as prime minister under Boris Yeltsin in 1998 during an acute financial and economic crisis.

The 54-year-old is making a surprise return to the political scene after 11 years in the lower profile role of head of state nuclear agency Rosatom.

He takes over from Vyacheslav Volodin, who has become the parliament speaker after helping the ruling party gain a crushing victory in parliamentary polls last month.

Kiriyenko was just 35 when he was appointed by Yeltsin to replace Viktor Chernomyrdin as prime minister. He had previously served as energy minister.

He was premier for just five months before being fired along with the rest of the government after the financial crisis of August 1998 when Yeltsin allowed the ruble to devalue and millions lost savings.

He went on to head the liberal Union of Rightist Forces party which backed free market reforms, and briefly served as an MP.

He then became a presidential envoy in a Russian region and headed a government group tasked with decommissioning chemical weapons, before heading Rosatom in 2005.

"Kiriyenko, due to his political background, is seen as a relative liberal but recently as a civil servant and head of a state corporation, he worked for the state," a source close to the Kremlin told Vedomosti business daily.

"Today in government bodies, people from the first Putin terms are seen less and less frequently, and those from the Yeltsin era are a real rarity," wrote Kommersant business daily, highlighting Kiriyenko's career longevity.

"Yesterday's young man has turned out to be a political survivor."

He then settled on little-known former security service chief Putin, whom he anointed as his successor when he announced his resignation on New Year's Eve.