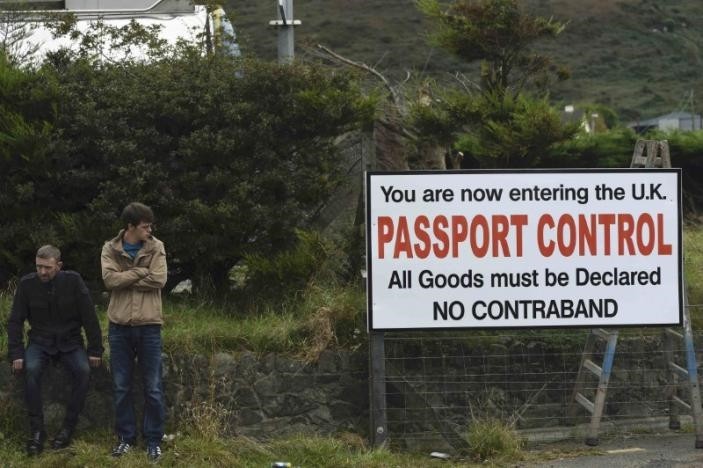 Anti-Brexit campaigners, Borders Against Brexit, set up a mock customs hut during a protest against Britain's vote to leave the European Union, at the border town of Carrickcarnon in Ireland October 8, 2016. (REUTERS Photo)
by Oct 08, 2016 12:00 am

Anti-Brexit campaigners erected six mock customs checkpoints along the Northern Ireland and Irish Republic border on Saturday, in a protest over the possible impact to peace, jobs and the free movement of workers.

Northern Ireland, a British province, will be the only land frontier between the United Kingdom and the European Union once Britain leaves and some fear that will mean a return to checks at the border where about 30,000 people cross each day for work.

The frontier was marked by military checkpoints until a 1998 peace deal ended three decades of violence between Catholic nationalists seeking a united Ireland and Protestant unionists who wanted to keep Northern Ireland British. Over 3,600 died in that time.

"We want to stop the reimposition of those border posts," said Border Communities Against Brexit spokesman Declan Fearon, leading a protest in the town of Carrickcarnon between the Northern Irish county of Armagh and southern county of Louth. 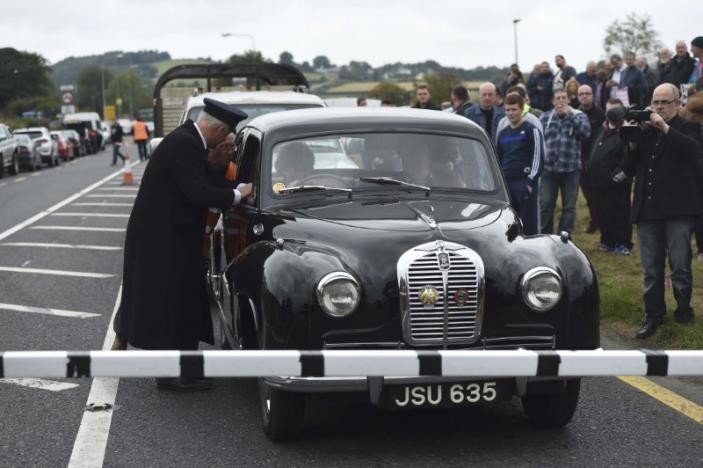 "In many cases they divided peoples' farms, they divided communities and parishes. Young people nowadays have never known of that," said Fearon, who runs a kitchen manufacturing company three kilometers (1.86 miles) north of the border.

In Carrickcarnon, some locals dressed up as customs officers and caused tailbacks at a temporary road barrier where they called motorists into a mock customs booth and searched vehicles beside fake British customs signs that demanded they stop.

Signs telling motorists they were entering the European Union free travel zone were erected on the other side of the border.

Hundreds protested from Carrickcarnon, which is less than an hour's drive from Dublin airport, to the border between the counties of Donegal and Derry, 160 km north-west. 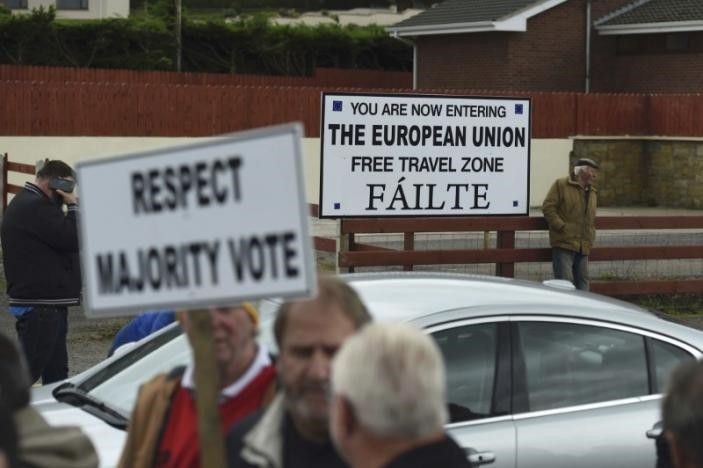 Overall, 52 percent of voters in the United Kingdom voted in favor of leaving the EU in June's referendum, but a majority - 56 percent - of those voting in Northern Ireland supported remaining in the bloc.

"In (the Northern Irish constituency) Foyle where I am 82 percent of people voted to remain," said Dermot O'Hara, a charity worker protesting at the Donegal/Derry border.

"The democratic mandate of the remain camp (in Northern Ireland) should be respected."