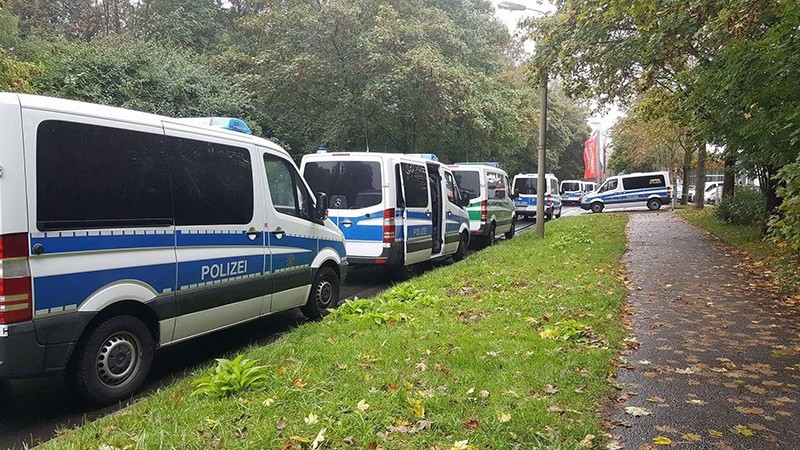 German police said they were evacuating a building in the eastern city of Chemnitz on Saturday on suspicion that a bomb attack was being planned, and told residents in the affected district to stay at home.

Police appeared to use force to enter the building, and said on Twitter: "The explosion heard was an access measure by the police. A relevant person could not be found.

"Please remain in your apartments within the cordoned off area and follow the instructions of the police here and on site," Saxony state police added on twitter.

German police said they also detained two people on Saturday in connection with a hunt for a Syrian-born man suspected of planning a bomb attack, adding that they had found explosives in the apartment they raided earlier.

The police did not say if the two people detained included Jaber Albakr, 22, the man suspected of planning the attack.

"Highly charged explosives were found in the apartment concerned in Chemnitz," Saxony police said on Twitter, adding that they needed to evacuate more people from the residential area of the eastern city as a precaution.

Police had found a hundred grams of explosive material during searches at the house of the 22-year-old Syrian in Chemnitz.

The Saxony Police Department has released photos of the 22-year-old suspect on its website and asked for help in identifying his whereabouts. It also urged citizens to exercise caution.

The spokesman said the explosives found at the apartment were very dangerous and special units have started their work to deactivate them at the scene.

He declined to make any comment on the possible motivation of the suspects and their possible ties with the terror groups, saying the investigation was still ongoing.