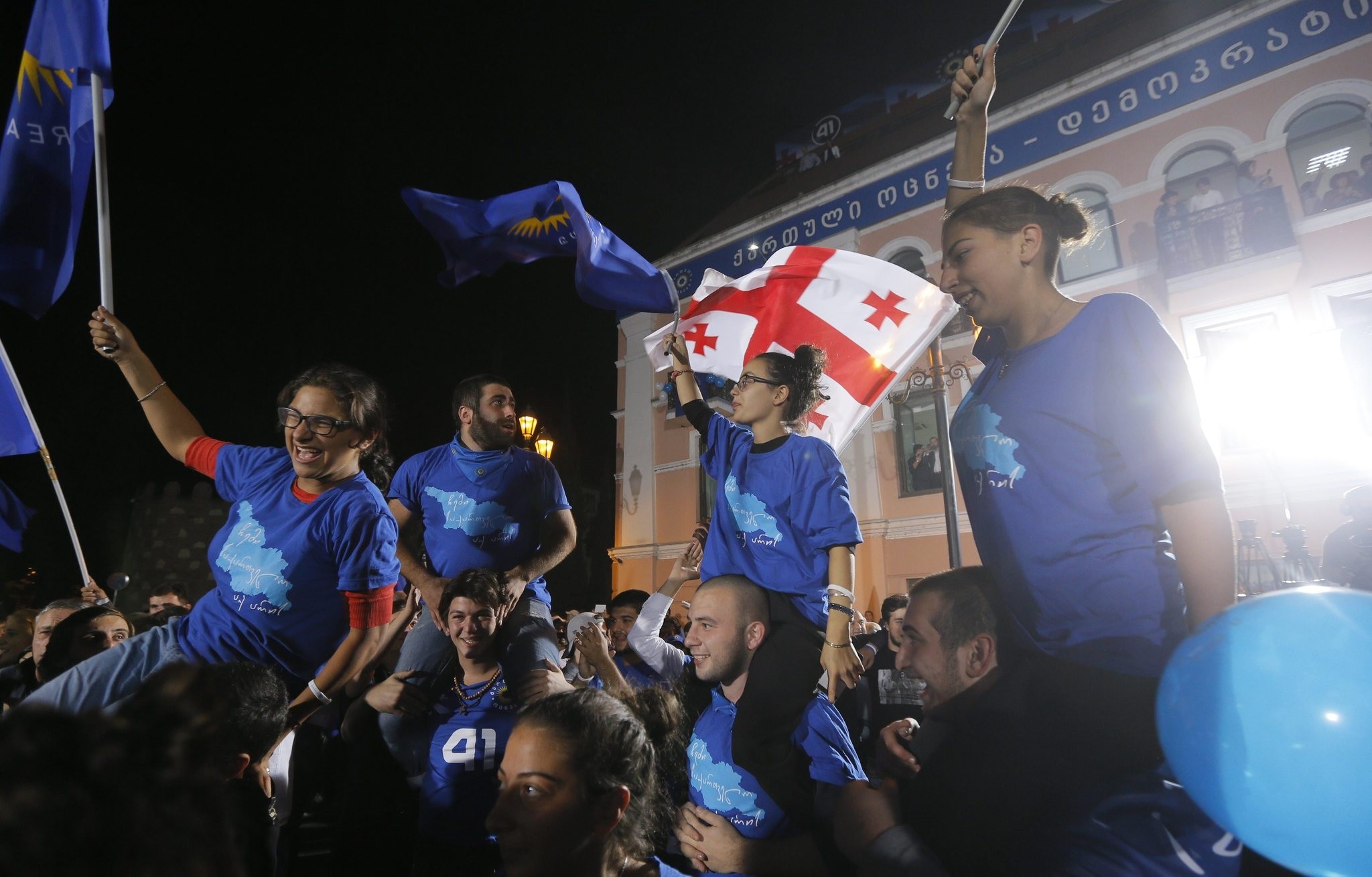 Supporters of the pro-government 'Georgian Dream' coalition celebrate their win in the parliamentary elections in Tbilisi, Georgia, 08 October 2016. (EPA Photo)
by Oct 09, 2016 12:00 am

The republic of Georgia's governing political party, Georgian Dream, strengthened its lead in parliamentary election results announced by the electoral commission in Tbilisi on Sunday.

With votes in 99 per cent of the constituencies now counted, Georgian Dream had clinched about 48.6 per cent, while the liberal opposition party, the United National Movement, trailed with 27 per cent.

None of the other 23 parties and political blocs taking part in Saturday's election seem to have passed the 5-per-cent hurdle to enter the legislative chamber.

Of the 150 seats in the country's unicameral parliament, 77 are chosen according to an electoral list, while 73 are elected directly.

To be elected directly, a candidate must achieve 50 per cent plus one of the votes in a constituency. The electoral commission did not rule out a second round in some constituencies, but did not set a date.

The elections were relatively peaceful despite some serious violations, including a fist fight and several procedural violations, the anti-corruption organization Transparency International said.

Georgian Dream had capitalized on a comprehensive approach to regional ties, seeking integration with the European Union and at the same time maintaining a pragmatic relationship with the republic's former Soviet ruler, Moscow.

The United National Movement also wants closer ties with the EU, but has been much more critical of Russia. The party was founded by former president Mikheil Saakashvili, who fought a disastrous five-day war against Russia in 2008.

Dozens of United National Movement supporters demonstrated outside the electoral commission building during the night, demanding a fair and transparent counting of the votes. Some 100 police officers sealed off the building.