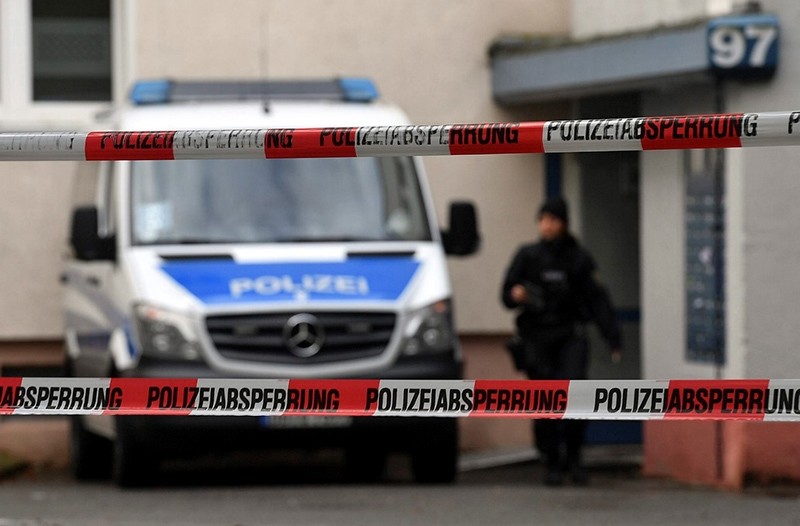 Three Syrians in Germany recognized a terror suspect from a police wanted poster, tied him up in their apartment and called police early Monday, ending a nearly two-day hunt, authorities said.

Jaber Albakr, 22, a Syrian man who was granted asylum in Germany, is suspected of preparing a bomb attack in the country with high explosives. He was motivated by extremism and likely linked to the Daish group, police and prosecutors said.

Albakr was arrested shortly after midnight in the eastern city of Leipzig, police said. Leipzig is around 80 kilometers (50 miles) from Chemnitz, the city where he had evaded authorities on Saturday after they found several hundred grams of a volatile explosive at an apartment there.

Police had said that "even a small quantity" of the explosives uncovered "could have caused enormous damage".

Local media reported that the material was TATP, the homemade explosive that was used by terrorists in the Paris and Brussels attacks.

The suspect approached his fellow countrymen at the Leipzig main train station and asked them if they could accommodate him, and they agreed.

Saxony criminal police chief Joerg Michaelis said that the three Syrians recognized Albakr from police wanted posters that had been distributed online and over social media.

He said two of the Syrians bound and held Albakr at their apartment while the other brought a mobile phone photo of Albakr to a local police station, leading to the suspect's arrest.

The wanted posters were put out in German, English and Arabic and made use of a recent surveillance photo taken by Germany's domestic intelligence agency.

Police would not release any further information about the three Syrians. Criminal police chief Michaelis said that if the indications of an extremist background were substantiated, "the people who gave the tip are of course in danger."

Albakr had been on the radar of the country's domestic intelligence agency since last month. Michaelis said that, at this stage of the investigation, "the behavior and actions of the suspect currently speak for a Daish context." He didn't elaborate.

Ulrike Demmer, a spokeswoman for Chancellor Angela Merkel, thanked security authorities and the Syrians who helped in Albakr's arrest.

Albakr, who comes from the Damascus area, escaped authorities on Saturday when they raided an apartment in Chemnitz. Investigators said they found "several hundred grams" of an explosive hidden in the apartment, enough to cause significant damage.

Federal prosecutors, who handle terrorism investigations in Germany, took over the case, but said in a statement Monday they currently have no indications that Albakr had already chosen a target for an attack.

Federal prosecutors on Monday also said that Khalil A, a 33-year-old Syrian at whose Chemnitz apartment Albakr kept the explosives, was arrested as a co-conspirator in the alleged bomb plot.

The explosives were destroyed Saturday in a controlled detonation by bomb squad experts in a pit dug outside the five-story apartment building because they were considered too dangerous to transport.

In July, two attacks carried out by asylum-seekers and claimed by the Daish group, in which multiple people were injured and the assailants were killed, put Germany on edge — along with two other attacks unrelated to extremism.