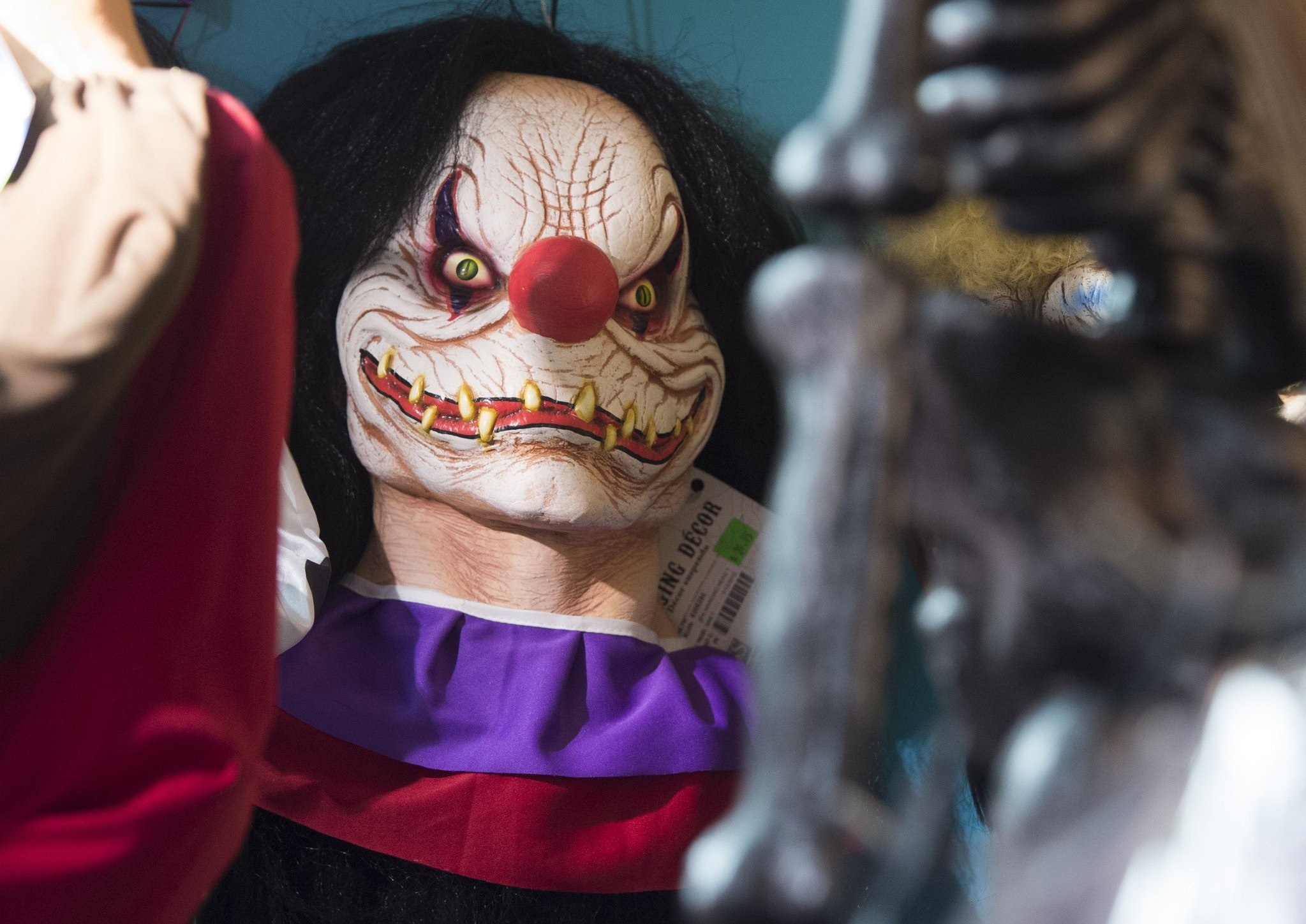 An attacker wearing a clown mask stabbed a man in Sweden, police said Friday, as a wave of hysteria about sightings of "creepy" or "killer" clowns sweeps the United States and European nations.

"A man born in 1997 was stabbed in the shoulder by an unknown person who ran away," police in Halland county in southern Sweden said on their website.

The incident late on Thursday came after two people in clown costumes threatened to kill a young woman in the centre of Sweden on Wednesday.

"She was extremely frightened," a police spokesman told the Aftonbladet newspaper, adding that there was "nothing funny" about the spreading craze.

Also on Wednesday, a group of men in clown outfits surrounded four 10-year-old children and threatened them with what turned out to be fake chainsaws.

"We don't want to see a situation where a person gets into real trouble because someone, perhaps half-joking, puts on a clown mask," Ygmen told the TT news agency.

In the United States, the social-media fuelled clown frenzy led the McDonald's hamburger chain to announce this week it would scale back the use of its smiley-faced Ronald McDonald.

The craze has also spread to Britain, where police forces have been called to several incidents involving pranksters dressed as clowns jumping out and trying to frighten people.

Police in Britain and the United States fear the craze will spike in the run-up to Halloween. Even the White House has weighed in and warned that law enforcement authorities were taking such incidents seriously.

In Sweden's neighbour Norway the Ringo chain of toy shops has decided to pull clown costumes from its 114 outlets.

"We find this phenomenon of going round scaring people very nasty, that's why we're withdrawing clown outfits," a spokeswoman told the broadcaster NRK.

The phenomenon has also hit the Netherlands, where two people have been seen wearing masks and brandishing weapons.

France had a similar craze in 2014, which according to sociologist Robert Bartholomew was "quite intense and violent", leading to the arrest or jailing of a dozen teenage "killer clowns".

"Clowns can be seen as creepy because you can't read a clown's face, and 80 percent of communication is non-verbal," he said.

"If a person is wearing makeup or a mask, it is hard to know whether they are friend or foe."