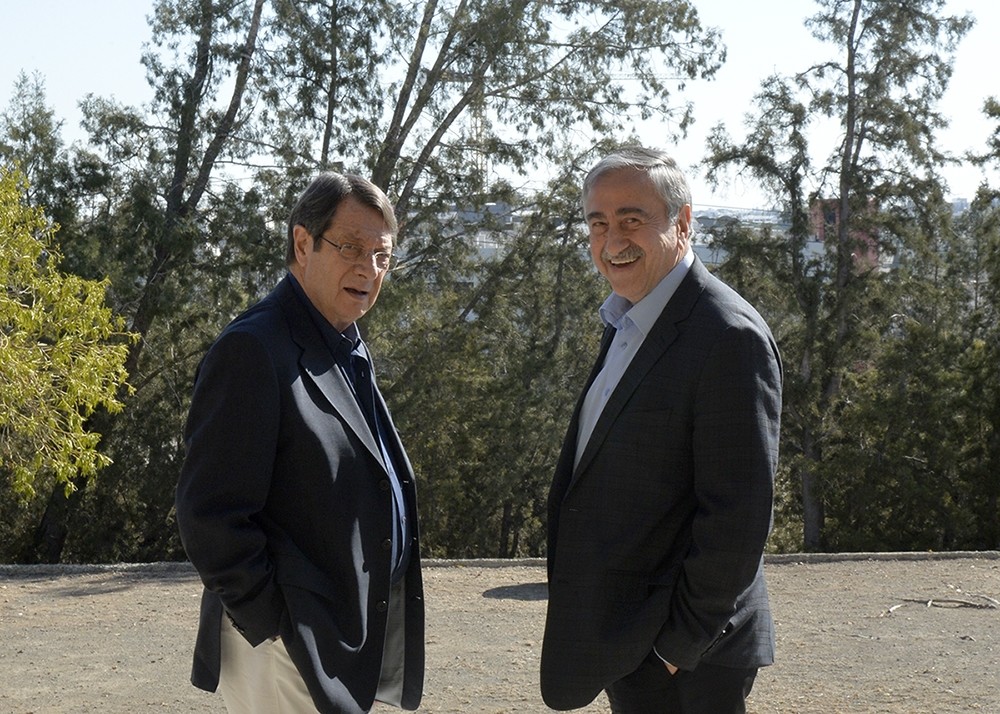 In remarks made following his face-to-face talks with Greek Cypriot leader Nicos Anastasiades in Lefkoşa, Mustafa Akıncı said: "We have come to an agreement that there should be an equal number of armed security units and federal investigation units. "We had already accepted that the number of the desk officers would be 60-40 percent." The Turkish Cypriot president said citizenship issues, including legal residence, property rights, basic freedoms, and the right to vote were the main agenda items Sunday.

The meeting was chaired by UN Envoy Espen Barth Eide, who also saw discussions about bi-zones and bi-communality. "We confirmed once again the reconciliation that we had agreed on before, about 'the right of legal residence which will be 20 percent of the number of citizens in the Turkish Cypriot constituent state'," Akıncı added. He said the property right was a reconciled agenda item during meetings. "The agreement on this issue has become a mutual understanding. Implementation of this mutual understanding has no concern for us anymore in terms of bi-zones, which has become more of an issue in terms of right to vote in a referendum," he said.

Asked about the Greek Prime Minister Alexis Tsipras' comment that "a solution with the permanent presence of Turkish troops on the island is not a solution", Akinci said: "The number of the troops after the solution will not be the same. Reducing the number of the troops is one of the results of the solution. "Viewing this issue from this perspective will contribute to the solution,but it's not possible to reach a solution if you say 'zero army, zero security, zero guarantees'." Reunification talks resumed in May last year following Akıncı's election. Cyprus was divided after a 1974 coup backed by the military junta in Athens was prevented by Turkey's intervention as a guarantor power.
Last Update: Oct 17, 2016 1:45 am
RELATED TOPICS