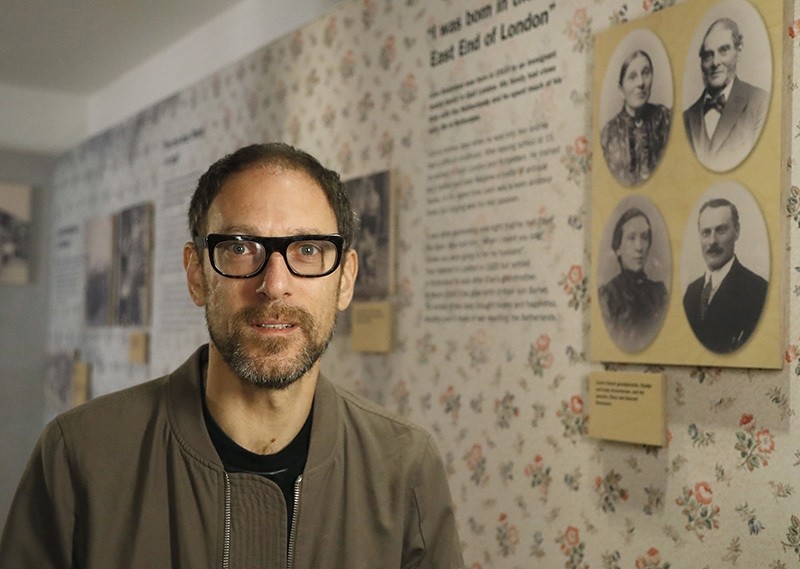 Thomas Harding is doing what other descendants of Holocaust victims would find unimaginable: applying for a German passport.

When Britain voted to leave the European Union in June, the 48-year-old author had to make a decision that was never necessary in a borderless Europe — should he request the restoration of German citizenship stripped from his family by the Third Reich? He needed only a few hours to make up his mind.

"This is more than the practical. This is also about something for us, or for me. It's about something spiritual, it's about reconciliation," he said. "It's about acknowledging the truth of the horrors of the past but also about trying to build a better future together, and as a European, that's what I hope to do."

One of the complicated realities of the U.K.'s pending divorce from the 28-nation EU is that many Britons whose ancestors came from other parts of Europe are claiming citizenship in other member states so they can retain ties to the continent. Inquiries about passports are up at the German, Austrian and Polish embassies in London.

Some people want to retain their ability to travel easily from country to country or maintain business ties. Others just want to be part of Europe.

But for Jews whose families fled Germany to escape Adolf Hitler, the decision means re-examining long-held beliefs about the country that once persecuted them.

The children and grandchildren of Jewish refugees are taking advantage of a law that allows the descendants of people persecuted by the Nazis to regain the citizenship that was removed from them in the 1930s and 1940s. More than 400 Britons have sought information about the law since the June 23 referendum on the EU, and German authorities have received at least 100 formal applications, compared with about 20 annually in recent years.

Michael Newman, chief executive of the Association of Jewish Refugees, said Brexit — the British exit from the EU — has fueled interest in German citizenship but it's hard to know how many people will actually apply. Jews are now able to consider such a step because Germany has made huge strides in addressing the past, he said.

"There is an acceptance of guilt, and I think that makes it a different proposition," said Newman.

Many of those seeking restoration of their citizenship don't intend to live in Germany — but want the freedom to travel and work in EU nations.

Ben Lewis, a 49-year-old documentary filmmaker, is among those thinking about applying. Lewis, whose film and production company has worked for years on the continent, sees Brexit as an abomination, particularly the anti-immigrant sentiment in the U.K. that influenced many people to vote to leave the EU.

The history of Jews in Europe is also fueling the wish for second passports. While most Jews may not want to leave Britain now, they want the option to leave in the future, said Marc Meyer, director of the Conference of European Rabbis.

"For a Jew, without being paranoid, for you to be secure in a place for a long time is to misread history," he said. "Brexit opens the floodgates of insecurity and those of opportunity."

For some, the decision to seek another passport has been years in the making. Harding has long been coming to terms with his German past, a journey documented in his book, "The House by the Lake."

The Nazis killed six of his relatives, revoked his family's citizenship and forced them to leave behind property, including the idyllic summer cottage built by his great-grandfather Alfred Alexander, a doctor whose patients included Albert Einstein and Marlene Dietrich. Those who survived fled to Britain.

Harding grew up in a family that toasted the queen, refused to buy German washing machines and went on holidays everywhere in Europe except Germany. When his grandmother, Elsie, finally decided to show Harding and six cousins the city of her upbringing, she handed over a brown envelope.

"Inside was the swastika-stamped passport for her husband and father-in-law, along with a black piece of cloth on which had been sewn a yellow J," he wrote in the Guardian newspaper. "Elsie's message was clear — this is my history and this is your history. Do not forget."

In 2013, he returned to the cottage, his grandmother's "soul place," which was empty and derelict. He climbed through a broken window to look around. "One room looked as if it had been used as a drug den, littered with broken lighters and soot-stained spoons," he wrote in the book's prologue.

The building at Gross Glienicke, a village on the outskirts of Berlin, was to be demolished. In a bid to save it, he unearthed the history of those who lived there. The house encapsulates the history of modern Germany. It was built during the Weimar Republic, confiscated by the Third Reich, separated from the nearby lake by the Berlin Wall and became part of a united Germany after the wall came down.

Now it's Alexander Haus, which seeks to teach local history.

Its programs also aim to help residents better understand the recent wave of Syrian and other refugees seeking protection in Germany. That has special meaning for Harding, because his sister married a Syrian Kurd. The way Harding sees it, Germany is showing leadership by taking in hundreds of thousands of refugees last year.

Now it's logical, he says, for Jews to cling to the EU, which was created to build ties that would make another European war impossible.

"You could argue that the flight of the German Jews, the persecution of the German Jews, was the symbol of the breaking up of Europe, and the European Union was set up specifically to create a political, social context of peace," he said. "That's part of it, isn't it?"
Last Update: Oct 17, 2016 11:55 am
RELATED TOPICS