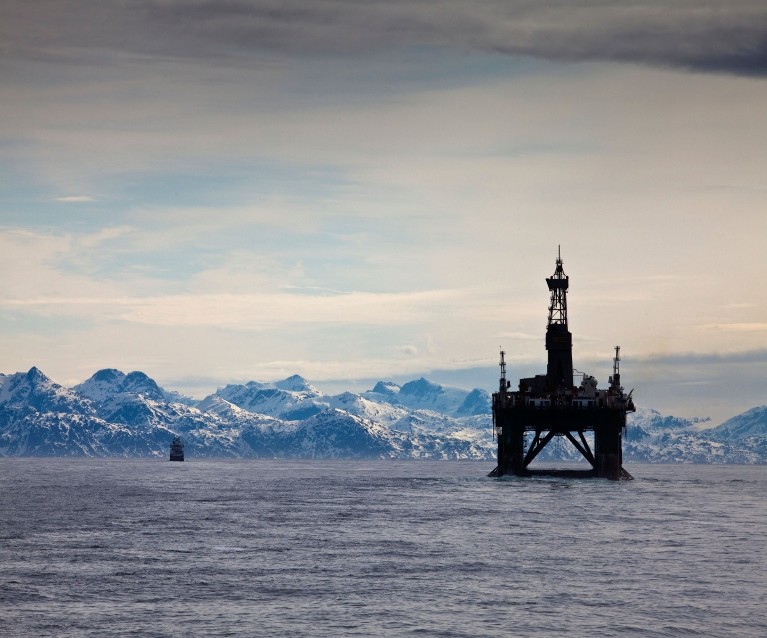 Two environmental groups filed a lawsuit on Tuesday accusing Norway of violating its pledges under a global agreement to combat climate change by letting energy firms explore for oil and gas in the Arctic Barents Sea.

Greenpeace Nordic and Nature & Youth said government plans would breach Norway's commitment to reduce greenhouse gas emissions under the 2015 Paris Agreement and as well as a constitutional right to a healthy, safe environment.

"When we know that the oil and gas from existing oil and gas fields today account for more than we can use within a 1.5 degree climate budget, it is madness to open new fields," Truls Gulowsen, head of Greenpeace Norway, told Reuters.

Last year, almost 200 nations agreed at a Paris summit to shift from fossil fuels and set a goal of limiting rises in average surface temperatures to "well below" 2 degrees Celsius (3.6 Fahrenheit) above pre-industrial times, ideally below 1.5C.

Norway aims to cut emissions by at least 40 percent below 1990 levels by 2030 under the Paris Agreement, which has no penalties for non-compliance. Norway already has oil and gas production from offshore Arctic fields.

"We demand that the court declares the licences, which were handed out in the Barents Sea this summer, as invalid," Gulowsen said.

In May, Norway awarded 10 new licences in the so-called 23rd licensing round for new exploration areas, which for the first time is granting access to an offshore border zone with Russia in the Arctic Barents Sea.

The ministry said the award of new licences would not be unconstitutional and that there was broad political backing for the measures.

"It was done within applicable laws and regulations in line with well-established practice," said a spokesman from the Oil and Energy Ministry in an emailed statement.

The Oslo District Court will decide whether to run the case.

James Hansen, a U.S. climate scientist who alerted the U.S. Congress to the risks of global warming in 1988, said courts could force governments to look beyond the next election.

"You have to worry about the future of young people and future generations. That's always been a hard thing for our political system to do," he told Reuters after the lawsuit launch in Oslo.

Though interventions by the judiciary are rare in the global warming debate there are cases where environmental groups have won.

In June last year, a district court ordered the Dutch state to reduce greenhouse gas emissions at a faster rate than the government was currently targeting. The Dutch government has appealed the ruling.