At least one killed, six injured in train crash in Germany 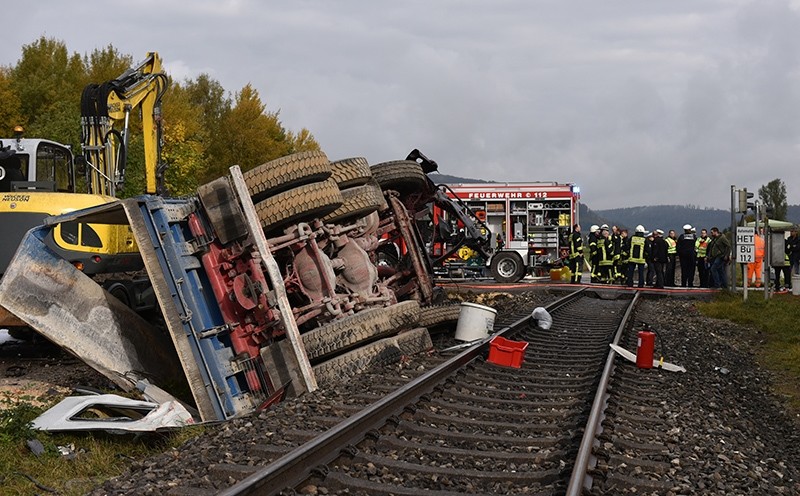 The wreckage of a truck lies next to rail tracks near Koenigsbronn, southwestern Germany, Friday, Oct. 21, 2016 (AP Photo)
by Oct 21, 2016 12:00 am
At least one person has died and six people have been injured following the collision of a train and a truck in southern Germany, police said on Friday.

The accident occurred when a regional train with 21 passengers on board ploughed into the truck at a railroad crossing near the city of Ulm in the state of Baden-Wuerttemberg.

Police believe the man who died was the driver of the truck. The man, whose identity was not given, attempted to jump out of the vehicle's cabin ahead of the crash.

The six people were only slightly injured in the collision, police said.