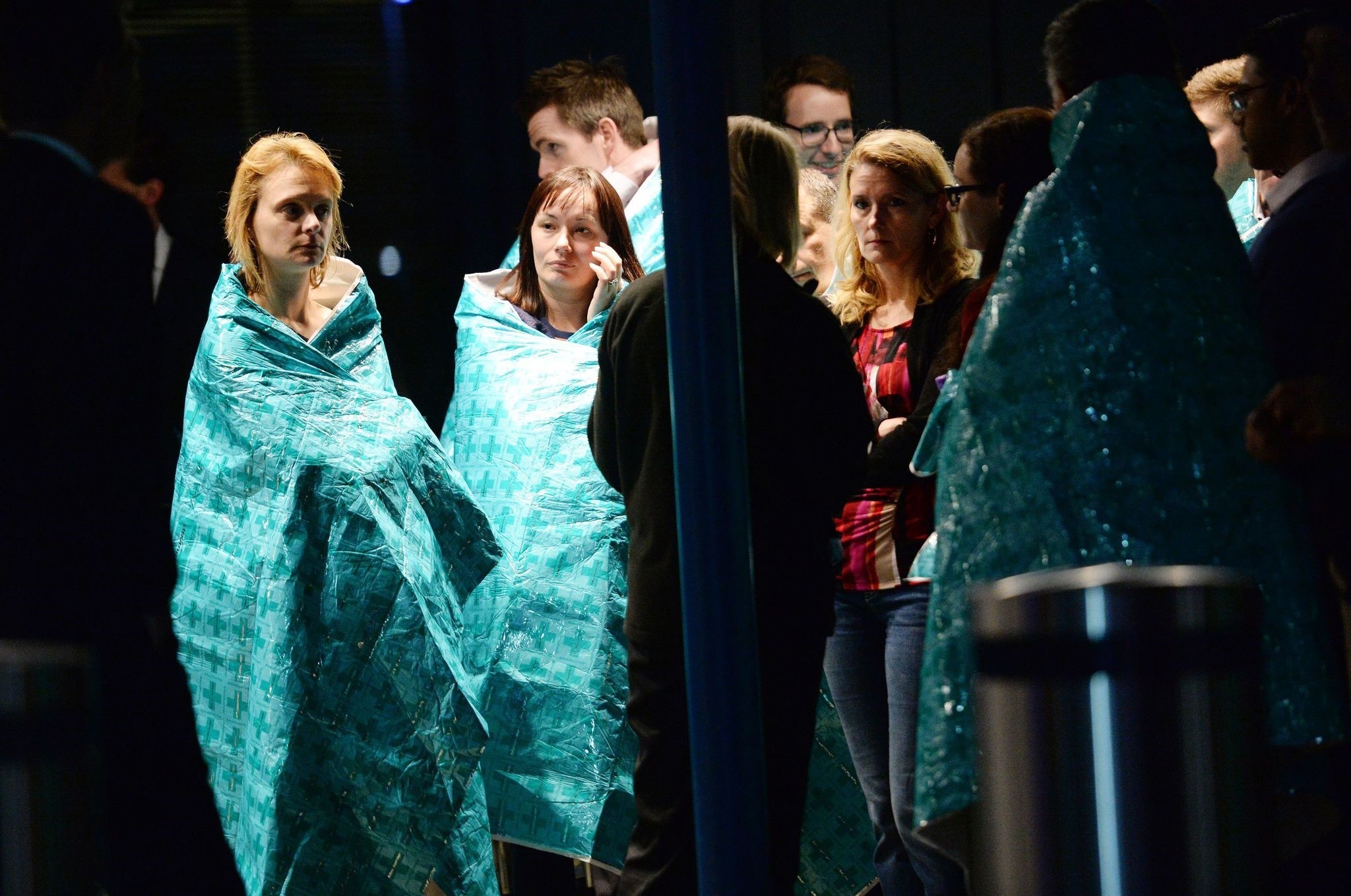 People stand outside of London City Airport during an evacuation after what the emergency services called a reported ,chemical incident.,, Friday, Oct. 21, 2016. (AP Photo)
by Compiled from Wire Services Oct 21, 2016 12:00 am

London City Airport has reopened after emergency services said there was no evidence of a suspected chemical incident which had prompted the evacuation of 500 passengers.

"Airport has now reopened," the airport said on Twitter. "We thank passengers for their patience, access to terminal will be staggered and disruption to flights expected."

The airport was evacuated after a fire alarm sounded as dozens were treated for breathing difficulties.

London Fire Brigade said "around 500 members of the public and staff have been evacuated and there are reports of a number of passengers feeling unwell."

The London Ambulance Service said its hazardous area response team is at the scene.

The airport says passengers were told to leave the terminal Friday afternoon because a fire alarm was sounding. Departing flights were suspended, and several incoming flights diverted to other airports.

The Metropolitan Police force said officers were called to the airport just after 4 p.m. local time "following reports of passengers being taken unwell."

City Airport, in east London's docklands, is the smallest of the British capital's international airports.