Over 3,000 migrants rescued by Italian coast guard off Libya coast 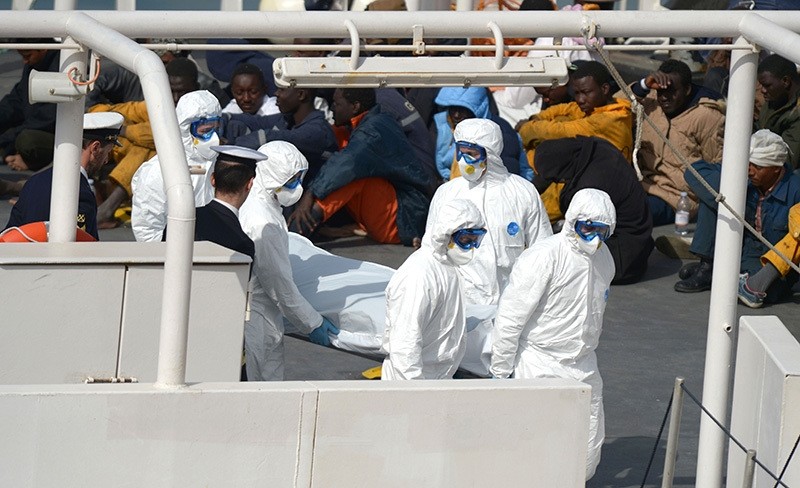 This file photo taken on April 20, 2015 shows rescued migrants watching as the body of a person who died after a fishing boat carrying migrants capsized off the Libyan coast (AFP Photo)
by Anadolu Agency Oct 22, 2016 12:00 am

At least 3,300 migrants were rescued Friday by the Italian coast guard during a series of operations in the Mediterranean Sea, according to the country's media.

The Ansa News Agency said the refugees were rescued during 24 separate operations launched by the coast guard but seven victims were found dead. No information was immediately available about the nationalities of the migrants.

Italy has been a favored point for migrants feeling violence and poverty who seek a better life in northern European countries.

The International Organization for Migration said that of the 145,381 refugees who set for out for Italy, 3,178 have died in the Mediterranean while en route between Jan. 1-Oct. 19, 2016.