5 killed as plane crashes after take-off in Malta 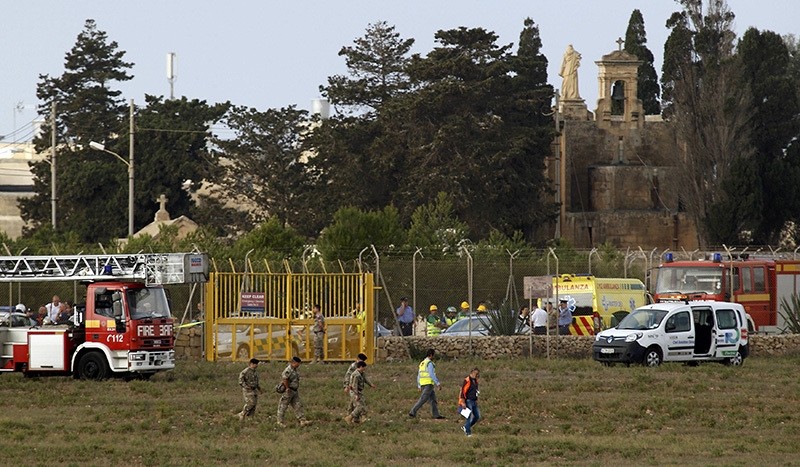 A French-chartered plane monitoring trafficking activity in the Mediterranean crashed in a ball of flames at Malta's international airport on Monday, killing all five people on board, officials said.

The plane, which had been chartered by French customs, plummeted into the ground shortly after take-off for the surveillance flight, the Maltese government said in a statement.

It added that all the victims were French nationals and that there was no indication of an explosion on board prior to the crash.

The French defense ministry confirmed the deaths, describing the plane as having been involved in "reconnaissance missions in the Mediterranean".

The Maltese government said the aircraft was a Fairchild Metroliner Mark III registered in the United States and leased to a Luxembourg company.

It took off around 7.20 am (0520 GMT). Shortly afterwards it was seen plunging nose-first towards the ground and exploding into a ball of flames.

"Official information, footage and eyewitnesses, including three members of the Armed Forces of Malta at the nearby barracks, and two commercial airline pilots, clearly indicate that there was no explosion prior to impact," a government statement said, adding that an investigation was under way.

Remains of all five victims had been recovered.

"The flight was part of a French customs surveillance operation which has been taking place for the past five months, with the aim of tracing routes of illicit trafficking of all sorts, including human and drug trafficking amongst others," the government said.

"The flight was registered with the Malta Air Traffic Services as a local flight and was to return to Malta within hours without landing in third countries."