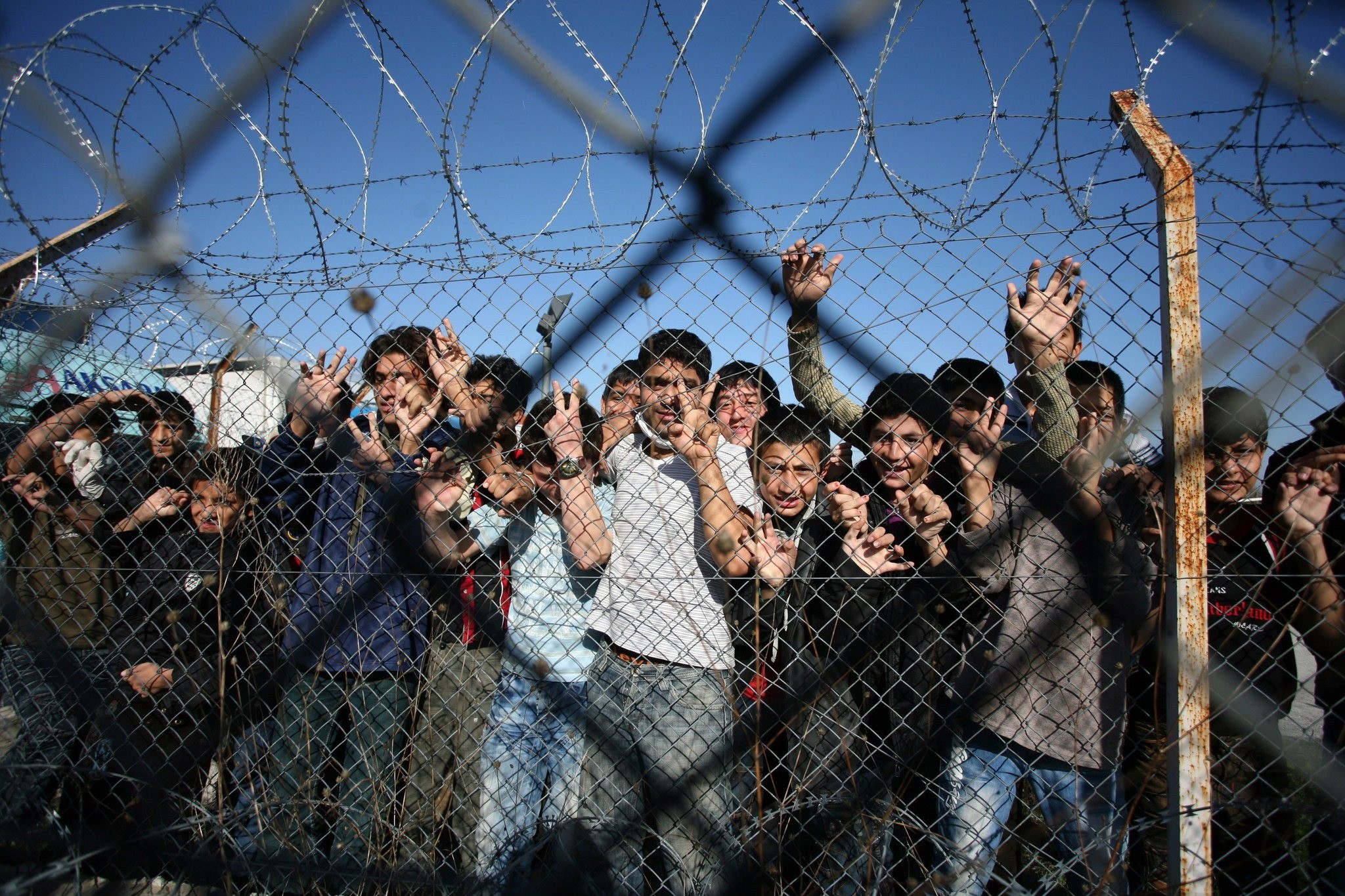 Immigrant minors peer out through the fence of an immigrant detention center in the village of Filakio, on the Greek-Turkish border. (AFP Photo)
by Oct 25, 2016 12:00 am

The European Commission, the European Union executive, said it recommended for "a period of a further three months" the extension of checks at the borders of Austria, Germany, Denmark, Sweden and non-EU Norway starting in November.

The EU had said it wanted to restore full functioning with no border controls across the Schengen area -- which includes 22 EU countries as well as Norway, Iceland, Switzerland and Lichtenstein -- by the end of the year.

"We are working hard to return to a normal functioning Schengen area as soon as possible, and we have made significant progress," European Commission Vice President Frans Timmermans said in a statement.

"But we are not there yet," he said on the sidelines of a session of the European Parliament in the French city of Strasbourg.

The Commission said "a significant number" of irregular migrants remained in Greece and in other member states, with border controls needed to prevent secondary movements that would cause chaos again.

It nevertheless noted that an EU-Turkey deal in March had sharply reduced the number of people arriving from war-torn Syria and other countries who crossed the Aegean Sea to Greece, the main entry point to Europe last year.

It added: "The large number of asylum requests made over the past year, along with the applications still being received, have put a significant strain on national administrations and services in the five Schengen States to which the recommendation is addressed."