Italy rocked by hundreds of aftershocks as more buildings collapse 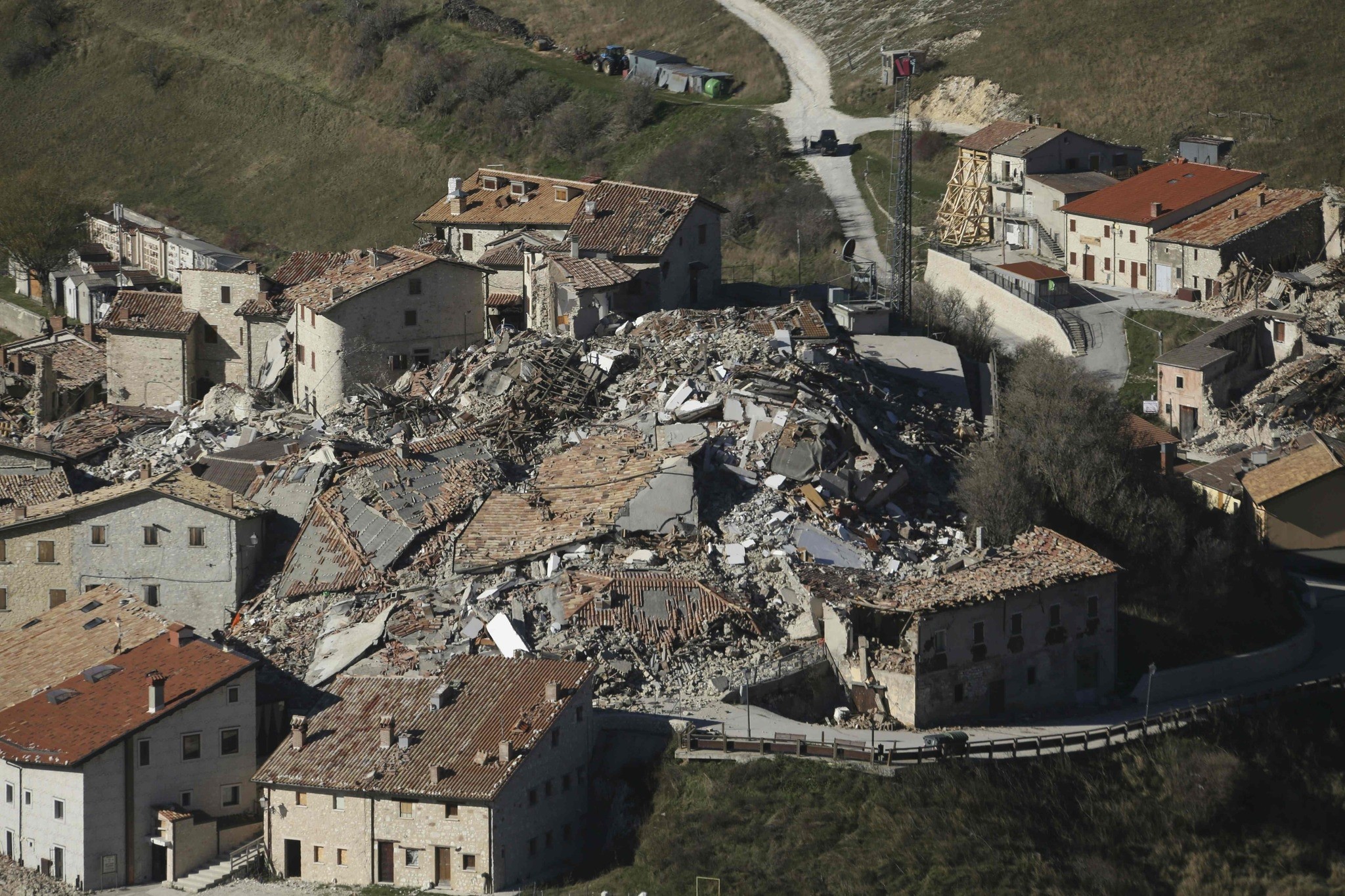 Residents of central Italy want to know when the aftershocks will end, with more than 1,100 tremors recorded since a weekend earthquake and officials assessing the damage already inflicted.

The entire region is struggling to cope after a 6.5-magnitude temblor - the strongest earthquake to hit the country since 1980 - struck Sunday, claiming no lives but wreaking massive damage at its epicentre, near the Umbrian town of Norcia.

A powerful aftershock early Tuesday had a magnitude of 4.8 according to Italian seismic institute INGV. It was one of the almost 20 recent aftershocks which have measured over 4 on the Richter scale.

"It's hell, and it never stops," said Mayor Marco Rinaldi, whose town, Ussita, was razed by Sunday's earthquake. He said the ongoing seismic activity has caused further buildings already damaged by the quakes to collapse.

Major structural damage was also reported in the area of Castelsantangelo sul Nera.

"Everything is collapsing here," Mayor Mauro Falcucci said. "Anything that hasn't collapsed is unstable. The town looks as if it has been flattened."

Prime Minister Matteo Renzi visited the site Tuesday, promising that the government would do everything in its power to rebuild.

"There is no magic wand, but we'll do it somehow, even if it takes a lot of time," he said.

No deaths have been reported in the most recent quakes, but residents' nerves have been tested after enduring a magnitude-6 earthquake in August. That disaster caused 298 deaths in Amatrice, Accumoli and Arquata del Tronto, about 55 kilometres south-west of Norcia.

Earlier in the day, Renzi promised swift aid to the tens of thousands of people left homeless. "We will provide whatever is needed for the earthquake," he pledged after a Monday cabinet meeting.

An estimated 22,000 people are currently registered in emergency shelters. However, it is estimated that the number of homeless is significantly higher.

While providing shelter and screening homes for habitability, authorities are also faced with the delicate task of salvaging historic monuments.

In Norcia, only the facade of the iconic 14th century Basilica of St Benedict - patron saint of Europe and founder of the eponymous monastic order - was left standing. Italian authorities insisted it would be fully rebuilt.

Damage was also reported in Rome, which lies 110 kilometres south-west of Norcia. Three churches in the historical centre were closed for safety reasons, as was the Mazzini bridge over the Tiber, as cracks appeared on its structure.

Seismologists say the quake's effects could be felt over a range of 130 square kilometres. In one spot, near the village of Castelluccio, spots could be seen where the ground shifted 70 centimetres.