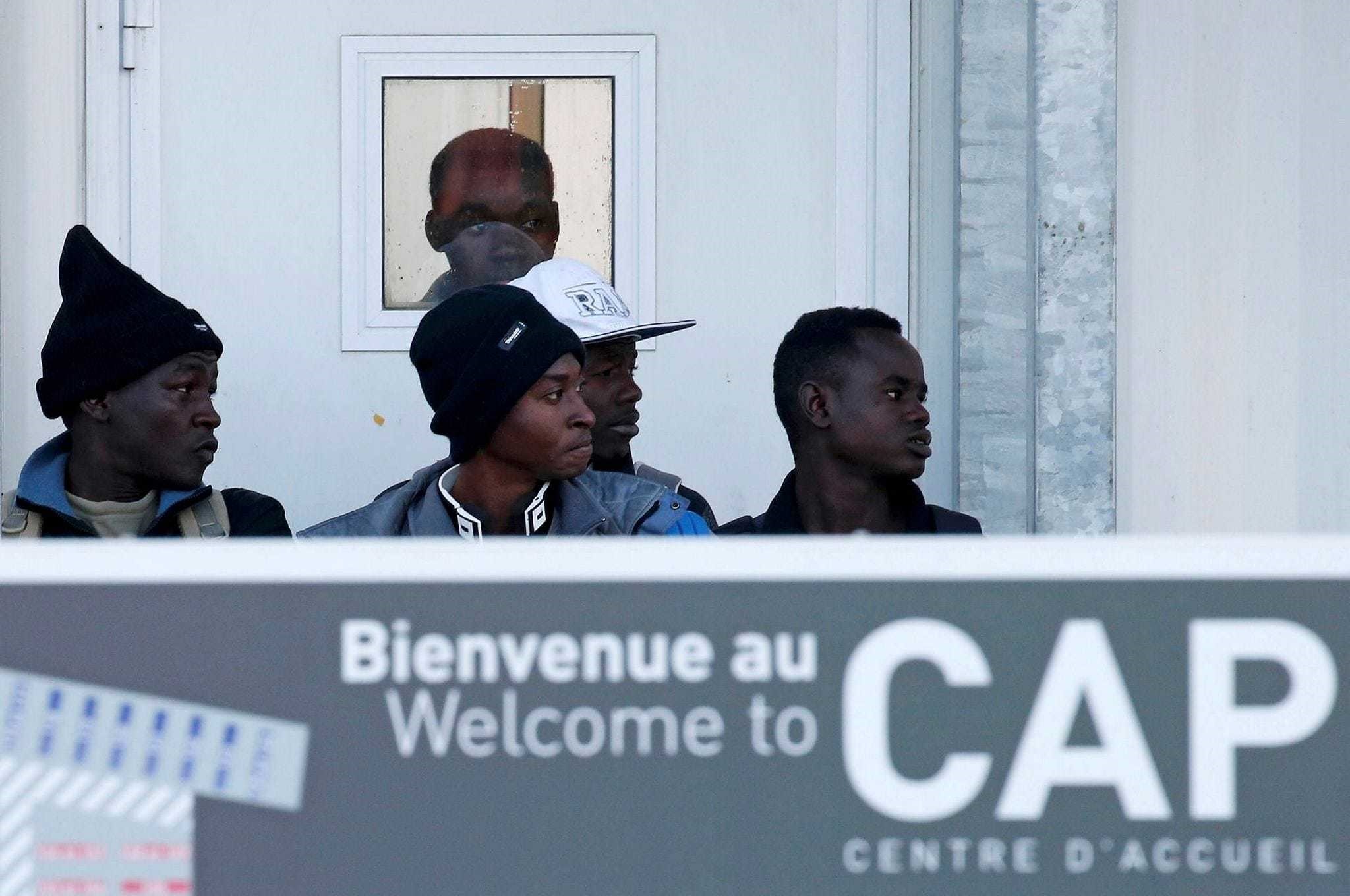 Migrant minors queue to take a bus before their transfer by French authorities to reception centers across the country at the end of the dismantlement of the camp called the ,Jungle, in Calais, France, Nov. 2.
by Daily Sabah with Wires Nov 03, 2016 12:00 am

France has begun moving about 1,500 unaccompanied child migrants out of the 'Jungle' camp to sites across France. However, half of them have willingly returned to Calais in order to seek a path to the U.K., revealing the French government's failed migrant policies

As France began moving about 1,500 unaccompanied child migrants from the site of a demolished camp to reception centers across the country Wednesday, young migrants have left their welcome centers and returned to Calais in order to reach the United Kingdom, French weekly news magazine L'Express reported on Tuesday. Half of the 22 child migrants relocated In Charente-Maritime in South West France have returned to Calais, the report said.

Many of the child migrants are desperate to reach Britain, which lies tantalizingly close across a narrow stretch of sea, saying they have relatives there.

The French magazine reports that young migrants fear staying in France. As they seek their path in the U.K., they do not want to leave Calais from where they can reach Britain.

"Ninety-five per cent of [migrant] minors wish to reach Britain's shores at all costs," said Pierre Henry, the director of France's Terre d'Asile stating that half of them have disappeared as they want to return Calais.

The Calais camp came to symbolize Europe's fraught efforts to cope with a record influx of migrants fleeing war and poverty in Asia, the Middle East and Africa.

Faced with an uncertain future, the child migrants received colored bracelets marked with the number of the bus they would be traveling on. An official from the Calais prefecture said the operation to relocate the children would involve about 70 buses and take two days.

The minors have been housed temporarily in converted shipping containers in the northern seaside town of Calais after demolition teams tore down the sprawl of ramshackle shacks and tents nicknamed the "Jungle". Thousands of other migrants have already been relocated across France.

Most of the children left behind come from war-ravaged Afghanistan and Sudan's Darfur region and are aged between 13 and 17, according to the charity Care for Calais.

President Francois Hollande said this week that the children would be transferred within days to "dedicated centers" where British officials can study whether they have the right to U.K. asylum. Hollande said the others would be put under the care of French child welfare services.

Their plight has triggered a diplomatic row between Paris and London, with tensions intensifying in recent days after President Francois Hollande pressed Britain to accept its share of responsibility for the minors. British officials demanded France take better care of them.

European Union rules say Britain must take in unaccompanied children who have family ties. Britain has also made a wider commitment to taking in vulnerable migrant children under the so-called Dubs amendment passed in parliament this year.

France has said Britain has accepted 274 children so far this year from Calais. British Home Secretary (Interior Minister) Amber Rudd told lawmakers last week that U.K. officials had interviewed 800 children in the camp before it was flattened, and said up to 300 more would be interviewed in the coming weeks. But she added that not all of them would come to Britain.

In all, the French authorities say more than 6,000 people were evacuated last week from the Jungle camp to lodgings in towns and villages across France where their eligibility for asylum will be assessed.

In a bid to protest the arrival of migrants who are being dispersed around the country, the far-right party Front National (FN) urged mayors to resist the Calais relocation plan. Resistance to immigration is central to the campaign platform of National Front leader Marine Le Pen in her bid for the French presidency in elections next year.

The "Jungle" has become a symbol of the Europe's biggest migrant crisis since the World War II and a major source of Anglo-French tensions. Most migrants coming from the eastern African countries of Eritrea, Ethiopia and Sudan and war-torn Syria intend to cross the English Channel and seek asylum in the U.K. As only a small number of refugees are eligible to enter European countries, the ones that can find shelter suffer from worsening humanitarian conditions in refugee camps.
RELATED TOPICS