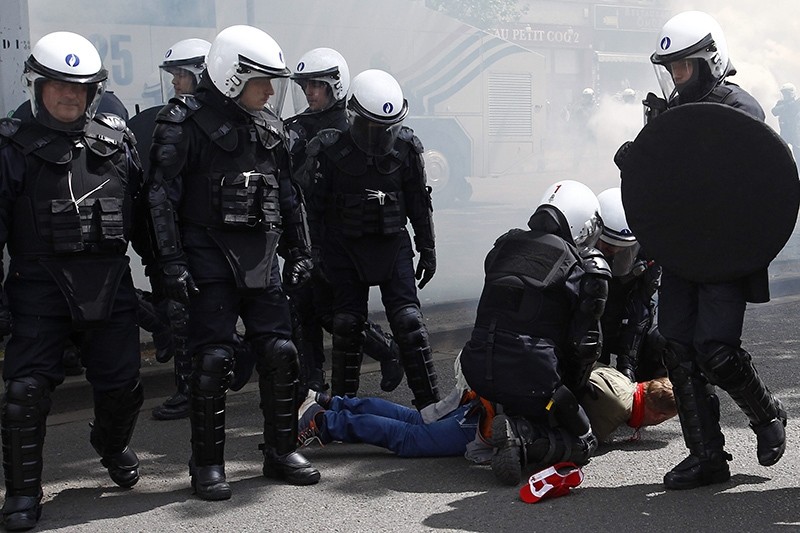 | AP File Photo
by German Press Agency - DPA Nov 04, 2016 12:00 am
Belgium's response to the threat of terrorism has been "heavy handed" and "cruel," and suspects have often suffered abuse from police, Human Rights Watch (HRW) said in a report published Thursday.

The rights group said police abused suspects and placed them in prolonged isolation, suspended passports and scrutinized phone and email logs without approval.

"Belgium has worked hard this past year to prevent further attacks, but its law and policy responses have been undermined by their [overly broad] and sometimes abusive nature," the report's author Letta Tayler said.

Faycal Cheffou, who was mistakenly identified as a participant in an attack on Brussels' airport in March, told HRW that police stripped off his clothes before beating him and calling him a "dirty jihadi."

In response to the 56-page report, Belgium's government told HRW it was investigating incidents of "verbal or physical violence" by police.

The government said, however, the incidents were "isolated and by no means the result of a deliberate policy."

In March, terrorists linked to Daesh launched a suicide attack at Brussels' airport and metro that killed 35 people.

On November 13 last year, terrorists, some of whom had links to Belgium, killed 130 people in Paris in a series of coordinated attacks.

The Belgian government says at least 450 Belgians have joined or tried to join groups like Daesh – the highest number per capita for a western European country.
Last Update: Nov 04, 2016 8:12 am
RELATED TOPICS