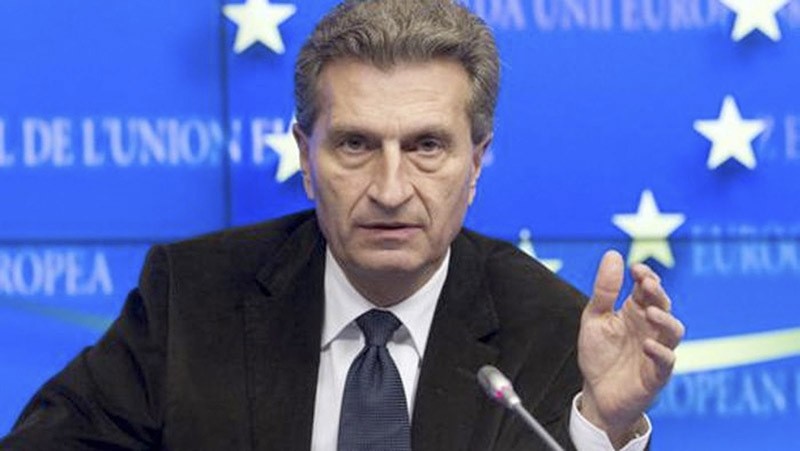 In a video emerged earlier this week, Oettinger, Chancellor Angela Merkel's appointee to the European Commission, referred to Chinese people as 'slanted eyes.' The video was reportedly filmed secretly last week in Hamburg, in northern Germany.

Despite initially saying that there was nothing to apologize for, Oettinger finally admitted that his words might have created bad feelings and this was not his intention in a EU Commission press release.

The Hamburg speech caused outrage among Chinese state officials, describing it as 'a baffling sense of superiority entrenched in some western politicians.'

In a separate speech, Oettinger created another controversy when he said that the Belgian French-speaking region of Wallonia was a micro-region run by communists; Wallonia had blocked the signing of the EU-Canada trade deal, which was finally completed on Oct. 30.