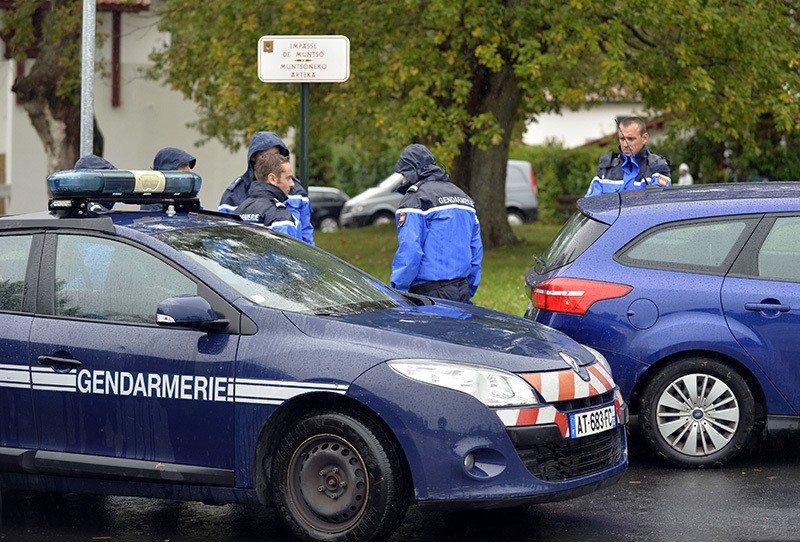 rench gendarmes block the access to a house were the most senior leader of the Basque separatist group ETA, Mikel Irastorza was found in the French town of Ascain (AFP Photo)
by Compiled from Wire Services Nov 05, 2016 12:00 am

Spanish authorities say Mikel Irastorza is the "currently the maximum leader" of ETA. They say he was arrested Saturday morning in the French town of Ascain near the Spanish border.

In 2011 ETA announced it was renouncing the use of violence in its campaign for independence for the Basque regions of northern Spain and southwest France. The militant group, which is blamed for over 800 deaths since its first killing in 1968, has not disbanded.

French police are continuing their investigations into the group and don't rule out more arrests.

The operation remains open and could result in more arrests, the ministry said.

ETA was formed in the late 1950s during the dictatorship of Francisco Franco and aims to establish an independent Basque state in northern Spain and southern France.

It killed hundreds of people over several decades through bombings and execution-style killings. However, ETA has been severely weakened in recent years after hundreds of its members were arrested and some of its weapons were seized. It called a unilateral ceasefire in 2011 and pledged to turn in its weapons.