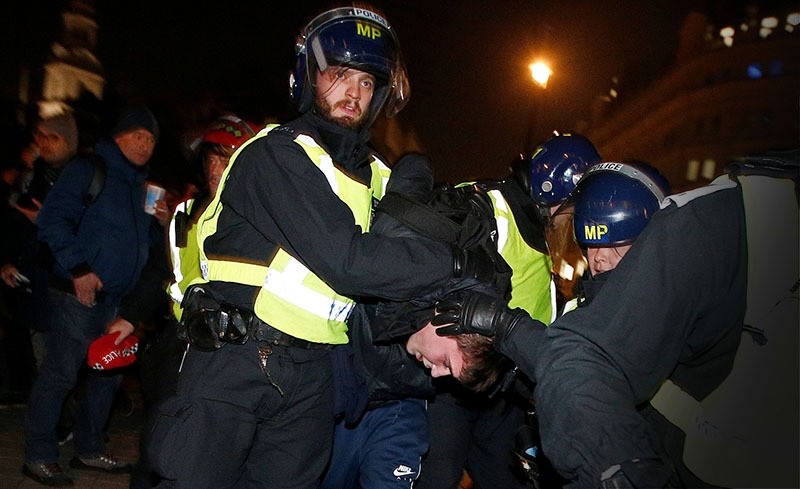 Police officers apprehend a protester during the ,Million Mask March, in London. (Reuters Photo)
by Nov 06, 2016 12:00 am
Police arrested 53 people were at a march in support of the Anonymous hacker group in central London on Saturday.

Wearing the group's signature Guy Fawkes masks, Anonymous supporters crowded into Trafalgar Square to start the march, before moving on to Westminster, the home of the British parliament, where they were stopped by police.

The protesters in this year's march were mainly peaceful, authorities said.

The majority of the 53 arrests made were for obstruction of officers and drug offences, police said.

A press statement on the London Metropolitan Police website, describing the arrests, could not be accessed after the march.

The "Daily Star" newspaper reported that this was due to a hacker called "Crash OverRide" partially shutting down the site.

November 5 is known as Bonfire Night in Britain, marking the day in 1605 when King James 1 survived a plot to blow up parliament. Guy Fawkes was later executed over the plot.
Last Update: Nov 06, 2016 10:38 am
RELATED TOPICS