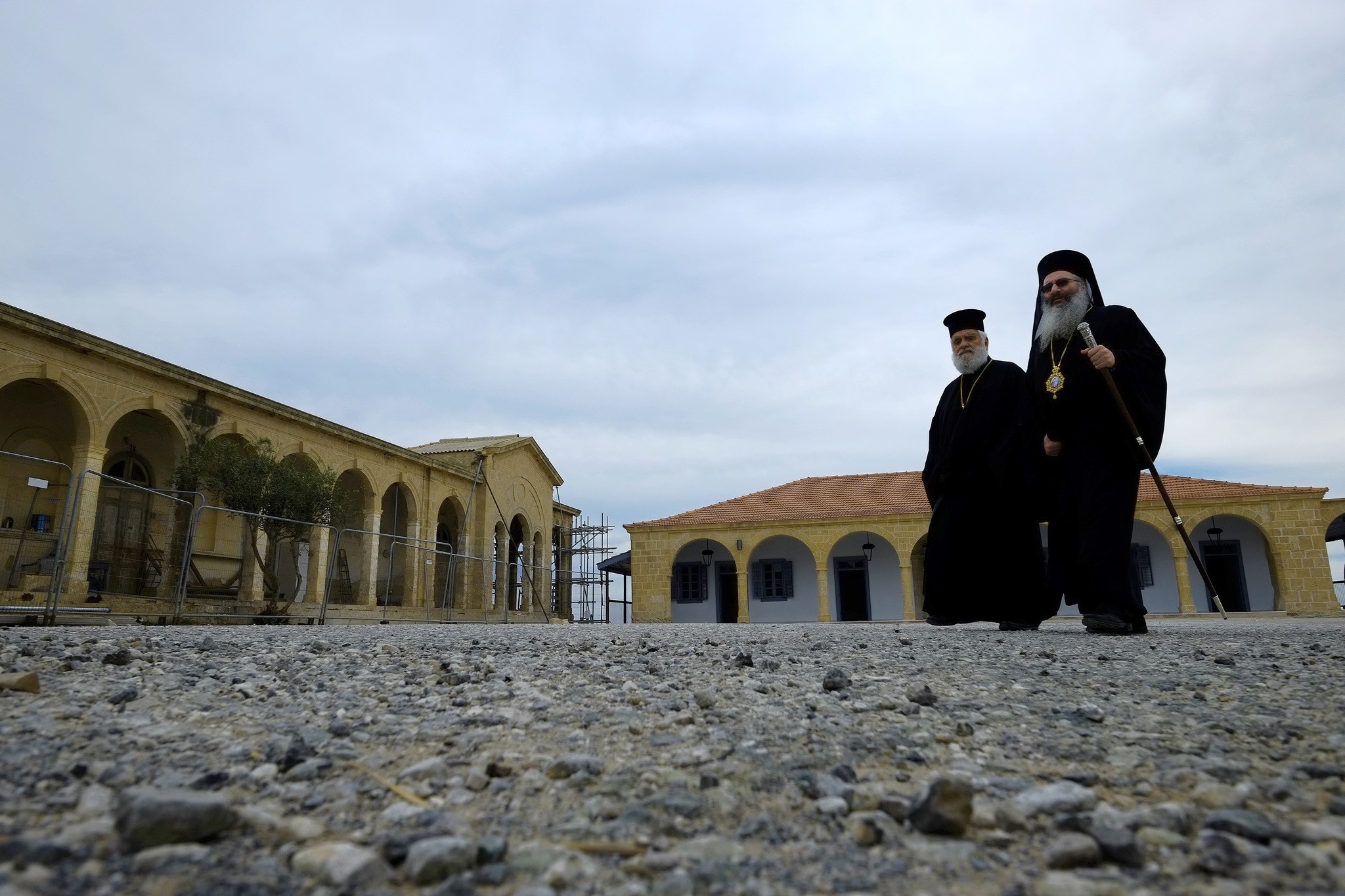 Greek Orthodox priests walk outside of the new restoration Greek Orthodox monastery of Apostolos Andreas in Karpasia. (AP Photo)
by Compiled from Wire Services Nov 07, 2016 12:00 am

Work carried out jointly by Greek and Turkish Cypriots to restore an Orthodox Christian monastery is being hailed as a symbolic milestone for unity and peace on the divided eastern Mediterranean island.

Situated on the northeastern most tip of the Karpas peninsula in Cyprus' breakaway Turkish Cypriot north, the monastery is dedicated to one of Jesus' first disciples, St. Andrew, and has long been revered by both Greek and Turkish Cypriots.

Two years of work to restore the monastery's crumbling church wrapped up Monday at a cost of 2.23 million euros ($2.47 million).

Earlier on Monday, U.N. Secretary-General Ban Ki-moon said the negotiations aiming to end the partition of the disputed island were now at "a critical juncture."