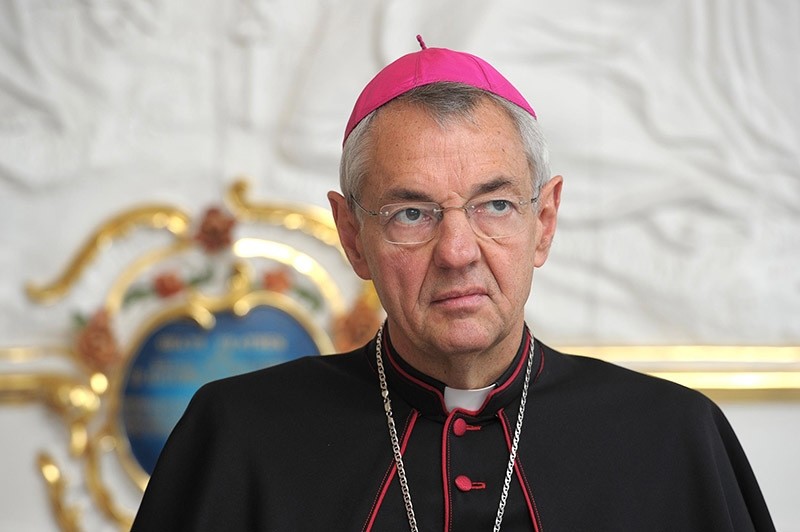 Bamberg Archbishop Ludwig Schick has received hate comments and death threats after the Alternative for Germany (AfD) posted a distorted picture making fun of him on his official Facebook page.

The post showed a picture of Archbishop Schick and quoted it with the shortened statement, "Church: Muslim Federal President conceivable."

The whole thing is covered with a "halal" –sign which is Arabic and translates as "allowed."

It was published at the end of October and caused turmoil in the network. The reactions ranged from insults to appeals to kill the archbishop.

The reason behind the AfD post was a statement by Archbishop Schick during a panel discussion in Nürnberg.

Asked if he could imagine a Muslim federal president, he had replied that he currently does not see a social majority, the archbishopric said in a statement.

On further inquiry, whether he considered this possible, Schick said that a possible Muslim candidate should be nominated by the parties and elected by the federal assembly. If this were to happen, the church would accept this democratic decision. Everything else would not comply with the constitution.

About 1,300 hate comments have been posted on the AfD website so far. One user, for example, said, "Imagine this twerp is beheaded in worship and no one looks."

The AfD erased comments like this, after a declaration of discontinuance was issued by the archbishopric.

However, AfD Bamberg still used the controversial post as their profile picture on the Facebook page of the regional party band.

Schick told his spokesman that he did not want to be seen as a victim despite the verbal attacks. He was only concerned with the rule of law - that is, a democratic decision for a Muslim candidate should be recognized. He said that was not put off by the threats of violence.

Now, the archbishopric wants the comments to be checked by police.

It was not the first time rage had hit the bishop. Already two years ago, Schick was exposed to violent hostility when he demanded that Christians should not participate in Pegida, which is an anti-immigrant, xenophobic group established in October 2014 in Dresden.

The Alternative for Germany (AfD) was created in 2013 as an anti-euro party but shifted later to the right, playing to fears about migration. Since the arrival of about 900,000 refugees in Germany last year, it has made big gains and is now represented in 10 of Germany's 16 states.