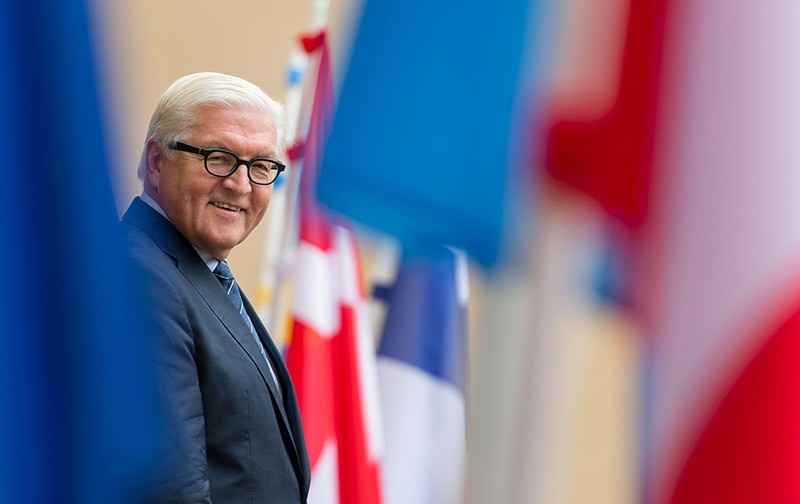 Speaking at a news conference in Berlin with his counterparts from Denmark, Finland and Sweden, Steinmeier dismissed claims that Germany supported terrorist groups like the PKK and the Gülenist terror cult (FETÖ).

"I must say that, after the recent statements of my Turkish colleague, I cannot understand the foundations of his criticism."

"It is not a coincidence that all terrorists are choosing Germany. Now, Germany is opening its door to FETÖ members. Germany is the country which provides the biggest support for terrorists who carry out all of their terrorist activities in Turkey," Çavuşoğlu said in Ankara.

"We are worried that Germany, which has been taking terrorist organizations like the PKK, DHKP-C under its wing, is now becoming a backyard for FETÖ," he said, adding Germany had become one of the most important countries that terrorists sought shelter in.

Steinmeier denied Erdogan's claims that Germany had become a platform for terrorists, underlining Berlin's political will to continue close cooperation with Ankara.

Relations between Germany and Turkey have been strained in recent months, largely due to Berlin's reluctance to take strong action against terrorism, which use Germany as a platform to carry out propaganda, recruitment activities and to raise funds.

The PKK was banned in Germany in 1993 but has more than 14,000 active members in the country and raised more than 13 million euros ($14.3 million) in 2015, according to the annual report of German domestic intelligence agency BfV.

FETÖ, which organized the foiled July 15 coup attempt in Turkey, is also active in Germany, which hosts a three million strong Turkish community.

Several high-ranking FETÖ members, also known as Gülenists, are believed to have fled from Turkey to Germany.