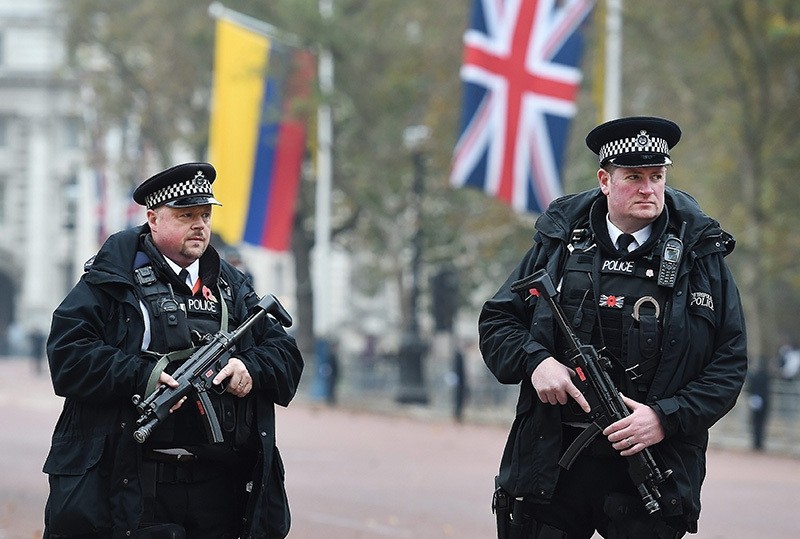 | EPA File Photo
by Nov 08, 2016 12:00 am
London's police force was guilty of dozens of serious failings in investigations into alleged historical child sex abuse by high-profile figures based on claims that turned out not to be credible, a damning report said on Tuesday.

Detectives, including some very senior officers, made a series of mistakes in two inquiries into claims of sex offences and child murders with the suggestion that the crimes had been covered up by the establishment, the report by former High Court judge Richard Henriques found.

"It is with much regret that I must find such serious failings in the conduct of both Operation Midland and Operation Vincente," Henriques wrote in a letter to London police Commissioner Bernard Hogan-Howe.

The Operation Midland allegations, made in 2014 by a complainant known only as "Nick" were treated as credible by officers and led to ex-lawmaker Harvey Proctor and former army chief Edwin Bramall being identified as suspects in the media after their homes were searched.

In his 491-page review, some of which was redacted due to its sensitivity, Henriques found 43 failings in the way the case was handled. These included telling the media Nick's claims were credible and true, and to have believed him for so long without checking inconsistencies in his story.

There were also similar errors made in the separate Vincente investigation into Leon Brittan, a former Home Secretary (interior minister) in Margaret Thatcher's government in the 1980s. He died in January last year without knowing he would not face prosecution.

Hogan-Howe issued a public apology to those involved.

"I fully recognise that Mr Proctor, Lord Brittan and Lord Bramall are innocent of the offences of which they were accused by the Operation Midland complainant," he said in a statement.

Officers should not have said the allegations were true and should have checked the credibility of Nick more thoroughly before their homes were searched, he added.

Five officers involved in the Operation Midland inquiry, including a Deputy Assistant Commissioner, had been referred to the independent police watchdog for potential breaches in the code of professional standards of behaviour.

"You have been let down by officers of high rank with years of outstanding work behind them," Henriques wrote to Hogan-Howe who has been heavily criticised in the press for his handling of the investigations.

Hogan-Howe announced in September he was stepping down as Britain's most senior police officer early next year.