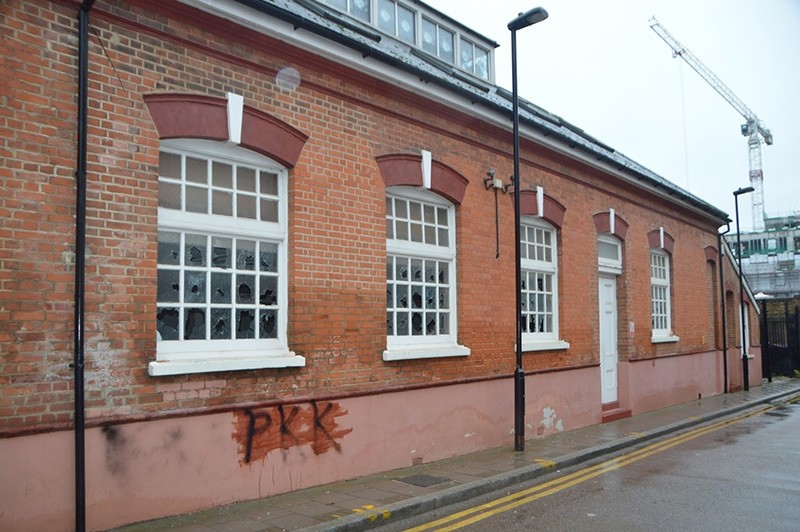 The assailants hurled stones at the mosque run by Turkey's Presidency of Religious Affairs (Diyanet – DIB), smashing all windows on one of the mosque's front walls .

The group also wrote "PKK" on the mosque's wall, which is located in Hornsey area where a sizeable Turkish community lives.

This is the third attack by PKK sympathizers directed at London's Turkish community in a week.

On Monday, two Turkish citizens were attacked by PKK supporters in London. Ceylan Nas, 25, and her fiance, 28-year-old Burak Taş, were appalled when their complaint was turned down by police. Ceylan said they were attacked by PKK sympathizers in the British capital, to which the police remained indifferent.

The Yunus Emre Turkish Cultural Center was also attacked by a group of PKK sympathizers on Sunday.

Attacks against Turkish community centers, mosques and other buildings in Europe have increased in the past few weeks, following the detention of pro-PKK Peoples' Democratic Party (HDP) deputies, who refused to testify in ongoing terror probes.

Despite having declared the PKK an official terrorist organization, Western countries' indifference towards the terrorist activities of the PKK in EU member-states is widely criticized by Turkey.