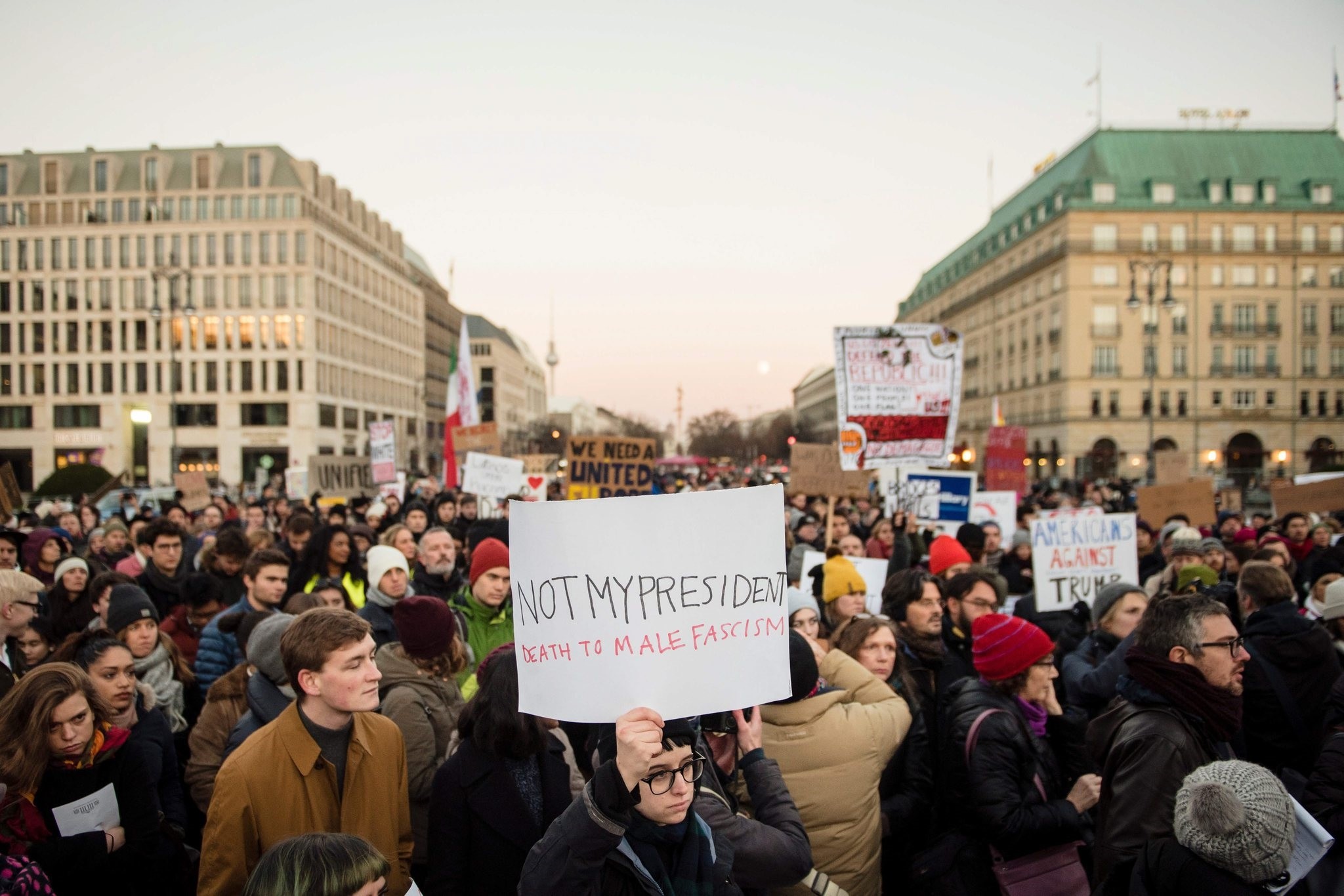 Participants outside the US embassy at the central Pariser Platz square held signs saying "Untrump the world" and "Love-Trump-Hate."

The protests were peaceful, police said.

A total of 400 people were registered for the event, according to police, but an event on Facebook indicated that 7,600 people were planning to attend the rally in the city centre.

Another smaller demonstration was held elsewhere in Berlin earlier in the day, with about 120 people in attendance.

"We need to build a peaceful movement to show the world that we [Americans in Berlin, Germans, Europeans, and other nationalities] will not tolerate the injustice, intolerance, hate, and inequality that Trump embodies!" the Facebook post reads.

The organizers indicated on the site that violence would not be tolerated at the event.

German politicians have expressed shock and concern since it became clear that Trump had won the country's highest office.

Chancellor Angela Merkel said she would cooperate with Trump on the basis that he upholds democratic values, while her Foreign Minister Frank-Walter Steinmeier that the US would become more "unpredictable" and "unilateral" in its foreign policy decisions.

German Vice Chancellor Sigmar Gabriel took a harsher tone on Saturday to describe the surge of right-wing movements in Europe and the United States.

"The real clash of civilizations is not between Christianity and Islam, but between the assertion of liberal and social democracies against the remeasurement of our societies by authoritarian, nationalist and chauvinist movements," he wrote in news magazine Der Spiegel.

"Women going to work without having to apologize, people no longer being able to run their businesses in an autocratic manner, gay couples being able to walk the streets without fear of persecution - all this is not to be taken for granted anymore," he wrote.
Last Update: Nov 13, 2016 10:16 am
RELATED TOPICS