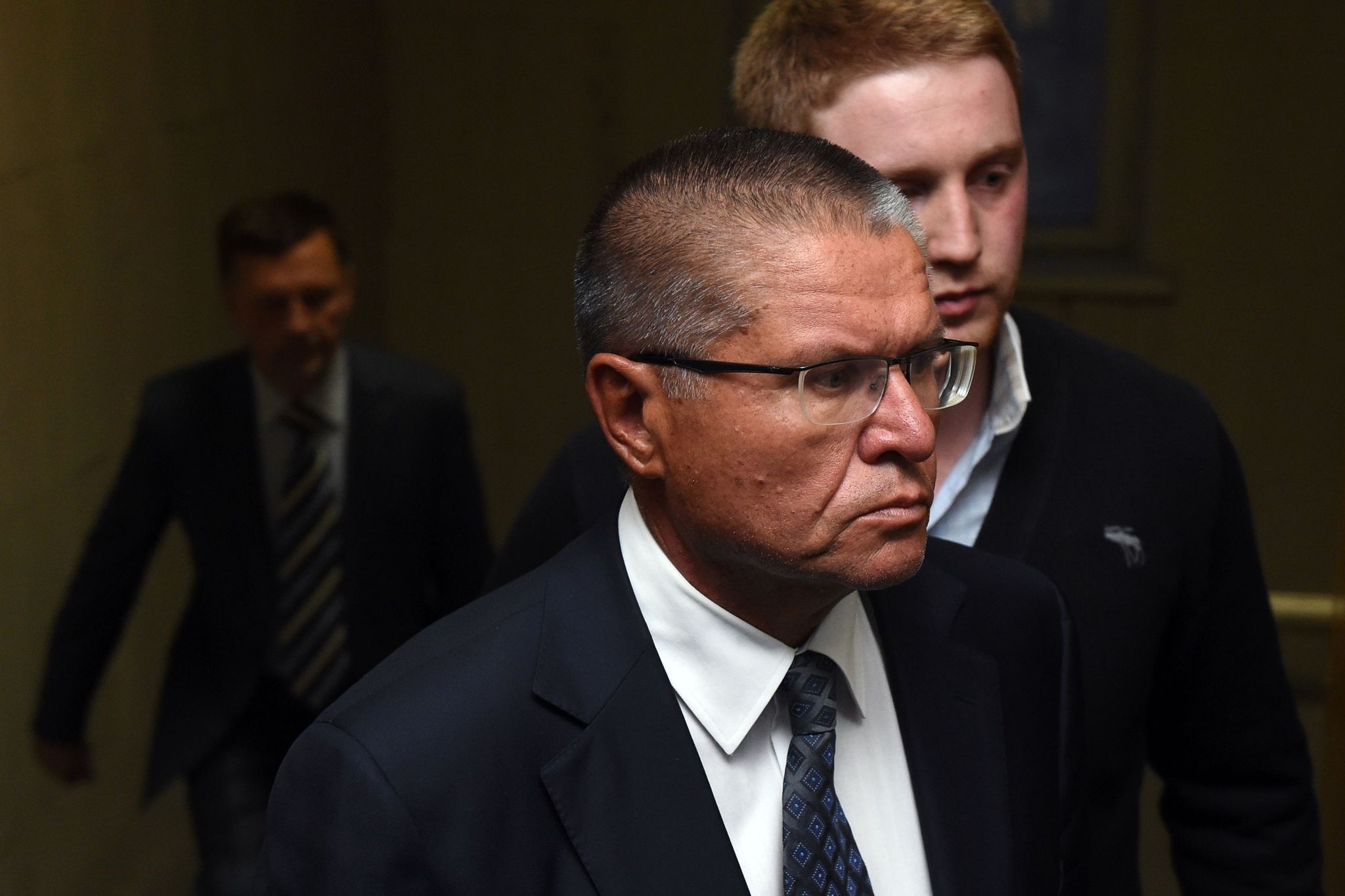 Russia's Economy Minister Alexei Ulyukayev, charged by the Investigative Committee with bribe-taking, is escorted before a hearing at the Basmanny district court in Moscow on Nov. 15, 2016. (AFP Photo)
by Nov 15, 2016 12:00 am

Ulyukayev was the highest ranking official detained over suspected corruption since President Vladimir Putin took power in 2000 and his arrest sparked speculation over whether the probe is linked to an internal power struggle.

Judge Artur Karpov told Moscow's Basmanny district court that the 60-year-old minister would be confined to his residence in the southwest of the Russian capital until January 15 during the ongoing investigation.

Investigators accused Ulyukayev of "threatening (and) using his ministerial powers to create obstacles to the company's activities in the future".

The committee said earlier Tuesday that the FSB security service, the KGB's successor, detained Ulyukayev after a sting operation Monday as he was receiving the alleged bribe.

Investigators did not say who handed the alleged bribe to Ulyukayev.

Former MP Gennady Gudkov, a staunch Kremlin critic who once served in the KGB, said the move was the result of a high-level internal power struggle.

"What we are seeing today is not a fight against corruption," Gudkov wrote in an op-ed published on the website of Ekho Moskvy radio station.

"It is a fierce internal fight for influence, financial flows and positions."

Police ushered Ulyukayev, without handcuffs and wearing a suit and tie, into the courtroom on Tuesday afternoon, according to an AFP correspondent at the scene.

He refused to answer reporters' questions. He told the court that he was ready to cooperate with investigators but had yet to testify, Russian news agencies reported.

"I am determined to cooperate with the investigation as much as possible since my reputation and good name can only be restored by finding out the truth in this case," he was quoted as saying.

The large-scale bribe-taking charge could see him face a jail term of between eight and 15 years.

The eventual sale of the 50.07-percent stake in Russia's sixth-largest oil producer came after months of wrangling that has seen Rosneft -- headed by Igor Sechin, a powerful Putin ally -- face down opposition from some in the government.

Ulyukayev originally opposed the sale but later endorsed it after Putin said it could help fill state coffers.

Investigators have said that the acquisition itself of the Bashneft shares was not subject to a criminal investigation.

Ulyukayev has headed the ministry of economic development since 2013. He was tasked with pulling Russia out of the protracted economic crisis, sparked in late 2014 by falling oil prices and Western sanctions over Moscow's actions in Ukraine.

RIA Novosti agency cited a law enforcement source as saying that Ulyukayev was detained as part of a "sting operation" after investigators received "serious evidence" from "tapping his conversations and the conversations of his associates".

A Rosneft spokesman declined comment but said that it acquired the Bashneft stake "in accordance with Russian law on the basis of the best commercial offer made to the operating bank".

Kremlin spokesman Dmitry Peskov said Putin had been informed of the start of the operation that led to Ulyukayev's detention.

"This is a very serious accusation that requires very serious proof. In any case only a court can decide," Peskov told Interfax news agency.

He later told reporters that Russia's fight against corruption was "systematic and not selective".

Ulyukayev's overnight detention has sent shockwaves through the Russian elite, which had appeared immune to criminal prosecution.

Putin's critics insist the Russian leader oversees widespread corruption as his close allies have amassed vast fortunes during his time in power.

In another recent high-profile corruption case, the acting head of an anti-graft agency at the interior ministry was arrested in September for taking bribes after police found more than $120 million in cash during a raid of his Moscow flat.

"A person of that level has never been arrested here on suspicion of a criminal offence," she said.