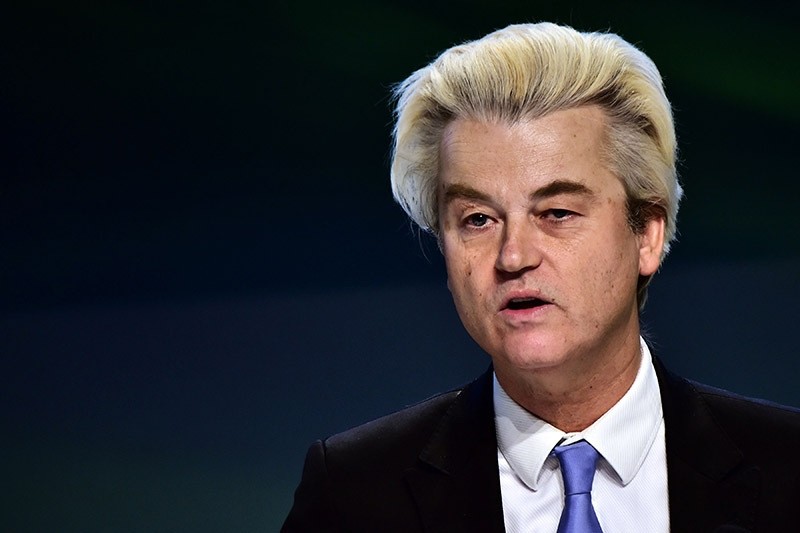 Dutch prosecutors demanded on Thursday that the anti-immigration politician Geert Wilders be fined 5,000 euros ($5,400) on charges of hate speech and discrimination. No prison sentence was sought.

Wilders faces charges of discrimination and inciting racial hatred at a rally in 2014, where he led supporters in chanting that they wanted fewer Moroccans in the Netherlands . He denies wrongdoing in the case, which comes four months before national elections.

The prosecution's demand is likely be dismissed by Wilders' opponents as too light. The maximum punishment under Dutch law is two years in prison.

As prosecutors spoke, lawmakers in Wilders' far-right Freedom Party walked onto the floor of parliament to protest. They held up a giant picture of Wilders with a red "X" over his mouth, a reference to limited free speech.

Prosecutors said in court they had proved that the comments made during regional campaigning were planned and intended to target a specific ethnic group - a violation of the constitution.

In a televised incident on March 19 2014, Wilders asked supporters whether they wanted more or fewer Moroccans. They chanted "Fewer! Fewer! Fewer!" A smiling Wilders responded, "We'll take care of that."

Prosecutors argued that Wilders had set up the scene and intentionally had his speech climax with a rhetorical question that would incite the crowd and attract media attention.

The Netherlands' 400,000 Moroccans make up about 2 percent of the population.

Prosecutors asked that his lack of remorse be considered when they render their judgment, most likely next month.