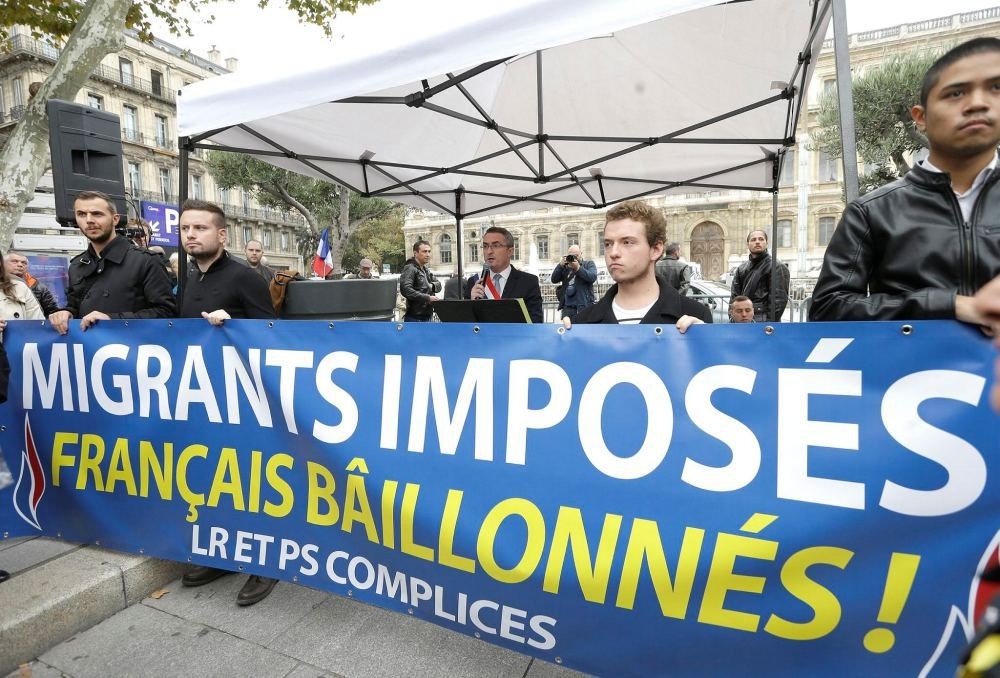 After the resettlement of Calais refugees across France, anger among far-right groups has risen as protestors stormed the Brittany migrant center. Riot police used tear gas to restore order

The Brittany village of Arzon in northwestern France witnessed violent anti-immigrant demonstrations on Monday, as protestors from local far-right groups clashed with riot police after they stormed a migrant center, the Local France reported. The latest violent act against migrants came after more than 6,000 people were evacuated from the Calais Jungle camp to lodgings in towns and villages across France, which has led to growing anger and intolerance across French towns.

As police fired tear gas, a number of protesters were arrested, French regional newspaper Ouest-France reported. The report shows that around 100 people from far-right extremist groups were joined to violent demonstration.

Two dozen anti-migrant demonstrators staged a protest Monday in Croisilles, a small northern town with less than 2,000 inhabitants, where a former retirement home has been turned into a CAO refugee shelter. Less than 40 migrants, mainly Sudanese, have been relocated there after the squalid refugee slum in the northern city of Calais was cleared out late last month.

French Prime Minister Manuel Valls visited one of the many shelters set up throughout France to relocate thousands of migrants evacuated from a sprawling slum camp in northern France. Valls said, "unlike the lies we have heard," most of the migrants who used to be in the Calais camp and have now been scattered in some 450 shelters across France will "undoubtedly" be entitled to refugee status.

The "Jungle" has become a symbol of the Europe's biggest migrant crisis since the World War II and a major source of Anglo-French tensions. Most migrants coming from the eastern African countries of Eritrea, Ethiopia and Sudan and war-torn Syria intend to cross the English Channel and seek asylum in the U.K. As only a small number of refugees are eligible to enter European countries, the ones that can find shelter suffer from worsening humanitarian conditions in refugee camps.

London and Paris have been at odds over the fate of refugees, as the two countries have been working about the relocation of the young migrants in the center to the U.K. Six months ahead of a presidential election in France, the camp and border controls with Britain are hotly debated campaign themes. Some right-wing opponents of President François Hollande want all the migrants transferred to Britain.
RELATED TOPICS