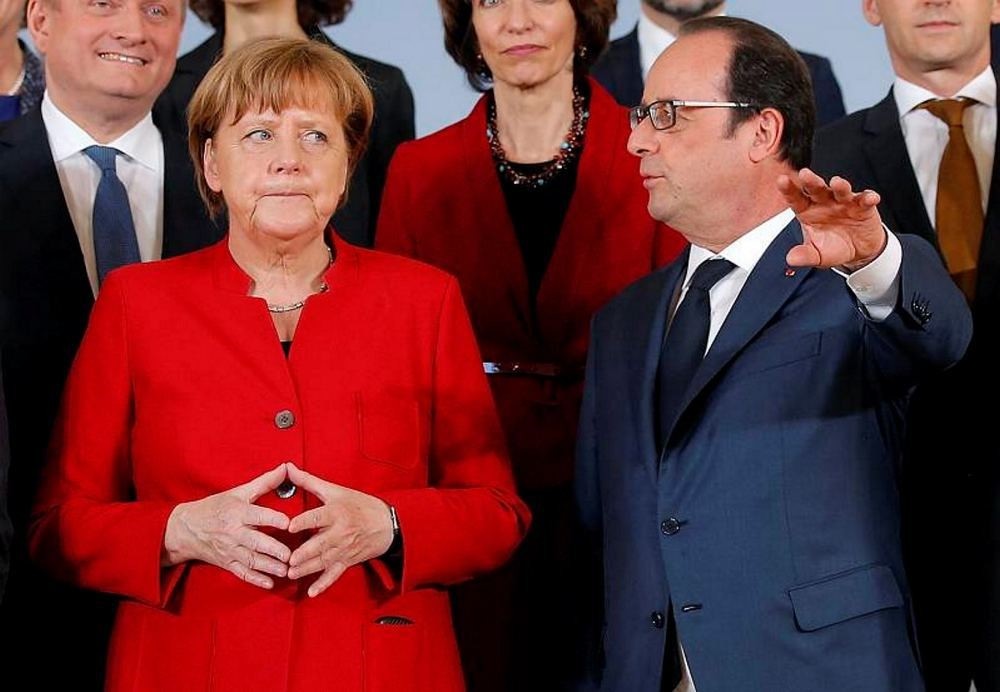 Europe's spiraling refugee crisis and Britain's decision to leave the European Union has been a bitter blow to the unity of the European Union, French PM Valls said, as he warned of the risk of the collapse of the bloc

Amid deep-seated divisions over migration and border security, military cooperation and economic policy, Europe is in danger of breaking apart and could fail, French Prime Minister Manuel Valls said during a trip to the German capital on Thursday, adding that European projects needed a new basis with Germany and France showing strength.

Valls said the two countries, for decades the axis around which the EU revolved, had to help refocus the bloc to tackle an immigration crisis, a lack of solidarity between member states, Britain's looming exit, and terrorism. "Europe is in danger of falling apart," Valls said at an event organized by the Sueddeutsche Zeitung newspaper. "So Germany and France have a huge responsibility."

He said France must continue to open up its economy, not least by cutting corporate taxation, while Germany and the EU as a whole must increase investment that would stimulate growth and job creation, as well as boosting defense.

As Britain seeks to negotiate its post-Brexit relationship with the EU, hoping to restrict immigration from the EU while maintaining as much access as possible to the EU single market, Valls said it must be prevented from cherry-picking. "If they are able to have all the advantages of Europe without the inconveniences, then we are opening a window for others to leave the European Union," Valls said.

Immigration was one of the main drivers of the U.K. vote on June 23 to leave the EU. The Brexit vote in June ended more than half a century of EU enlargement and closer integration. Long seen as a guarantor of peace and prosperity, the bloc is now in a critical condition, as member states cannot find common ground to tackle problems, while struggling to convince its citizens that it remains a force for good.

After the June 23 Brexit referendum, German Chancellor Merkel stated on Oct. 19 that Brexit hit the unity of the EU, calling it a "deep cut" that may take some time to heal. EU countries fear the economic consequences of Brexit as it could set countries against each other in a way that could potentially lead to the total destruction of the Union.

The uncontrolled arrival of well over 1 million people, many fleeing war in Syria, triggered chaos on the continent, prompting key transit nations along the migrant trail to seal their borders with fences. The flow also sparked fierce tensions inside the bloc, with eastern and central European nations lambasting Germany's "open-door" policy, which they say allowed radicals to pose as refugees and help carry out attacks inside Europe. The EU countries have so far shown a rare unity in order to find a common strategy to tackle its worst migration crisis since World War II.

German Chancellor Angela Merkel's decision last year to open Germany's borders to hundreds of thousands of people fleeing war and poverty was seized upon by European nationalists and featured prominently in Britain's debate over quitting the European Union — which the "leave" camp narrowly won.European allies blame her for earlier stoking popular unrest by insisting on the need to cut public spending during the continent's debt crisis. And in Ukraine, Merkel's recent efforts to maintain a united European front in the face of Russian aggression are looking increasingly fragile. Domestically, Merkel is battling a new nationalist foe in the form of Alternative for Germany (AfD), a party that has surged in popularity by railing against refugees. Rather than confronting the party head-on, Merkel has instead stuck to her measured mantra of "We will manage."
RELATED TOPICS