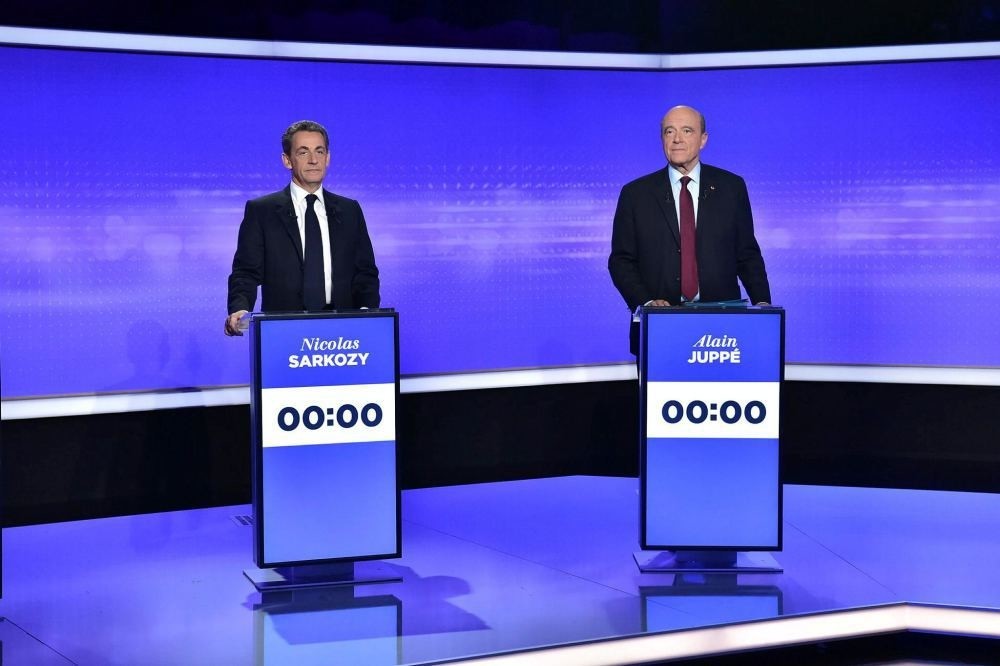 by Nov 19, 2016 12:00 am
Right-wing French presidential hopefuls faced off Thursday over the repercussions of Donald Trump's election in the last debate ahead of the first round of their US-style primary at the weekend.

All eyes in France are on the right-wing nominating contest, whose winner is expected to go on to take the presidency in May in a duel with far-right leader Marine Le Pen. Trump's stunning ascent to the White House loomed large over the last of three debates among the seven candidates.

Former president Nicolas Sarkozy, ex-premier Alain Juppe and five other candidates will compete in the first round on Sunday.

Former French Prime Minister Francois Fillon was seen as the winner of a final debate before a vote on who gets the conservatives' candidacy in next year's presidential election, a poll showed, in a fresh upset for favorite Alain Juppe.

Juppe, 71, has for months been ahead in polls. But he has been struggling to fire up voters and has this week been losing some ground to his chief rival, former president Nicolas Sarkozy, and Fillon.

Whoever wins the two-round primaries on Nov. 20 and Nov. 27 has a strong chance of becoming France's next president because of the divisions of the Left and persisting opposition among a majority of voters to see the far-right in power.

Sarkozy, who is running neck-and-neck with Juppe in polls, said a more isolationist America created "a fantastic opportunity for France and Europe to re-establish a leadership role" on issues including security in the Mediterranean and the reform of the U.N. Security Council.

"The next five years will mark the return of France and Europe to the international scene. America won't be there to put us in the shade," he said.

Juppe said the Trump era heralded a triple "shock" -- in the areas of trade, defense and the environment. A return to protectionism would be "a tremendous regression", Juppe said, while warning Europe against being "naive" in its dealings with the United States.

Responding to Trump's campaign threat to help NATO allies only if they paid their way, Juppe said EU members needed to speed up plans for greater defense cooperation -- a proposal backed by most of his rivals.

Trump's win has caused jitters in France, where Le Pen has seized on it as evidence that she could debunk the polls and take the Elysée Palace on a similar anti-establishment platform.

Socialist Prime Minister Manuel Valls admitted during a visit to Berlin on Thursday that it was "possible" that Le Pen could win the election and warned against ignoring the "danger" of the far right.
Last Update: Nov 19, 2016 1:30 am
RELATED TOPICS