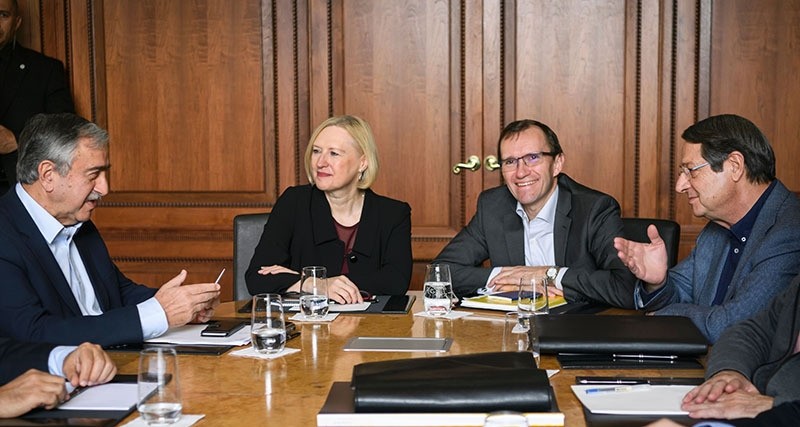 Turkish and Greek Cypriot leaders gathered at a Swiss town overlooking Lake Geneva on Sunday in an attempt to resolve the final issues that could see the island reunified after four decades of division.

The two-day negotiation is being overseen by the UN special adviser on Cyprus, Espen Barth Eide, in an effort to solve one of the world's longest-running political dilemmas.

The issue of territory is seen as one of the most intractable on the agenda.

Although the two leaders are said to have come close to agreeing the amount of territory that should be run by the Turkish Cypriot government -- around 29 percent of the island -- there are still disputes over which towns and villages should be included.

If a deal is reached on territorial changes, negotiators are expected to announce a date for a final summit between the Turkish and Greek Cypriot leaders and the three other states involved in the process -- Turkey, Greece and the U.K.

Akıncı and Anastasiades declined to shake hands for photographers at the start of Sunday's talks.

Reunification discussions resumed in May last year and both sides have repeatedly expressed optimism that a solution would be found by the end of this year.

Once a final agreement is reached it will be put to both communities in a referendum. A peace deal was approved by Turkish Cypriots in 2004 but rejected by Greek Cypriot voters.