Merkel's 4th bid welcomed as stability in the EU after Brexit 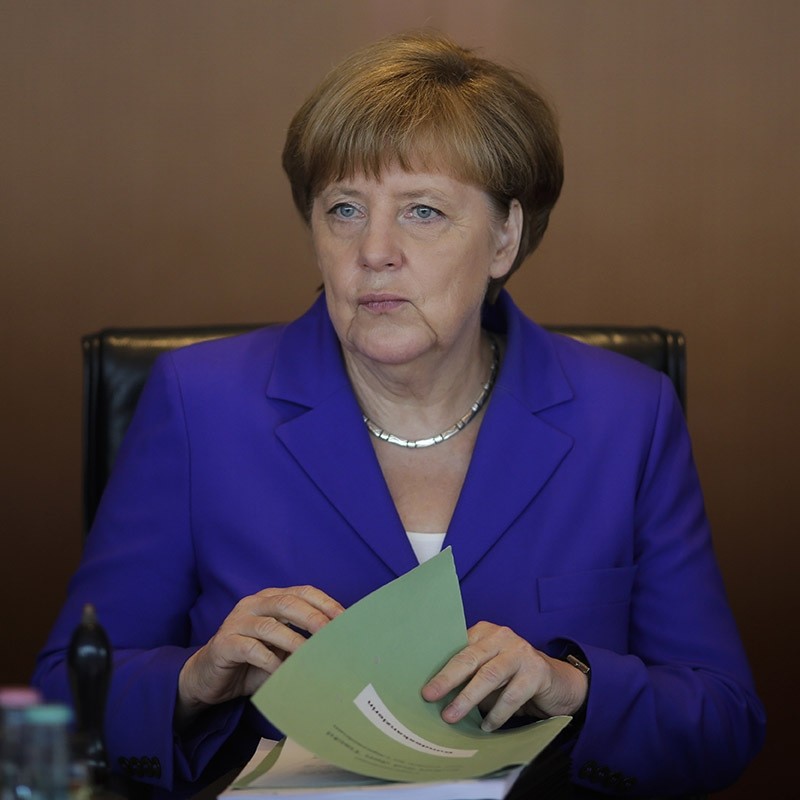 German Chancellor Angela Merkel's bid for re-election was a move likely to be welcomed in many capitals as a sign of stability following poll triumphs for Brexit and the United States President-elect Donald Trump.

Merkel, 62, has governed Europe's top economic power, which does not have term limits, since 2005. Another full four-year mandate would tie the post-war record set by her mentor Helmut Kohl, who presided over the 1989 fall of the Berlin Wall.

With no clear successor in her party, Merkel represents "stability and reliability in turbulent times because she holds society together and stands up to over-simplification" by populists, CDU deputy leader Julia Kloeckner told Welt am Sonntag newspaper. "She stands for moderation and centrism instead of cheap headlines."

A pastor's daughter who grew up in communist East Germany, Merkel is popular among Germans who see her as a straight-shooter and a safe pair of hands in crises. But her decision to let in more than 1 million asylum seekers over the last two years dented her support. It also revived the fortunes of the rightwing populist Alternative for Germany party (AfD), which has harnessed widespread anxiety about migration. However observers said the recent seismic shifts in global politics could drive traditionally risk-averse German voters back into her arms.

"Society's need for predictability and stability could become so overpowering in the 2017 election year that even the creeping erosion of Merkel's chancellorship won't compromise her success at the polls in the end," left-leaning news weekly Die Zeit said.

More than half of the electorate - 55 percent - want Merkel to stay in office, up from 42 percent in August, a poll for Bild am Sonntag newspaper showed yesterday.

As U.S. President Barack Obama exits the stage, many observers say Merkel's importance as a defender of Western values will only continue to grow, with some calling her the new "leader of the free world."

While the globe braces for potentially radical changes in U.S. leadership under Trump, Britain is wrestling with the fallout from its June vote backing withdrawal from the EU, and France is facing polls in May that could see far-right candidate Marine Le Pen snatch victory. Underlining her relative strength, Merkel gathered Obama and the leaders of Britain, France, Spain and Italy at her chancellery Friday for talks on the fight against terrorism, climate change and the strategic threat posed by Russia.

Merkel had long refused to be drawn on her plans for the general election, expected in September or October 2017, saying only that she would make the announcement "at the appropriate time."

She repeated the line on Thursday at a bittersweet farewell news conference in Berlin with Obama, who praised her as an "outstanding partner" and urged Germans to "appreciate" her." "It's up to her whether she wants to stand again... but if I were here and I were German and I had a vote, I might support her," he said with a smile.

Misgivings about Merkel's refugee policy were blamed for a string of state election defeats for the CDU over the last year, and sparked an open revolt by its Bavarian sister party, the CSU, which demanded a strict upper limit on incoming asylum seekers. A poll showed yesterday that Merkel's conservatives would draw 33 percent of the vote if the election were held this weekend, down nine points from the last national election in 2013. The center-left Social Democrats (SPD), junior partners in Merkel's right-left ruling coalition, were a distant second with 24 percent. The AfD and the opposition Greens were neck-and-neck with 13 percent and 12 percent respectively, according to independent opinion research institute Emnid. It is still unclear who will carry the SPD's banner into the race, with party leader Sigmar Gabriel potentially facing a challenge from European Parliament President Martin Schulz.