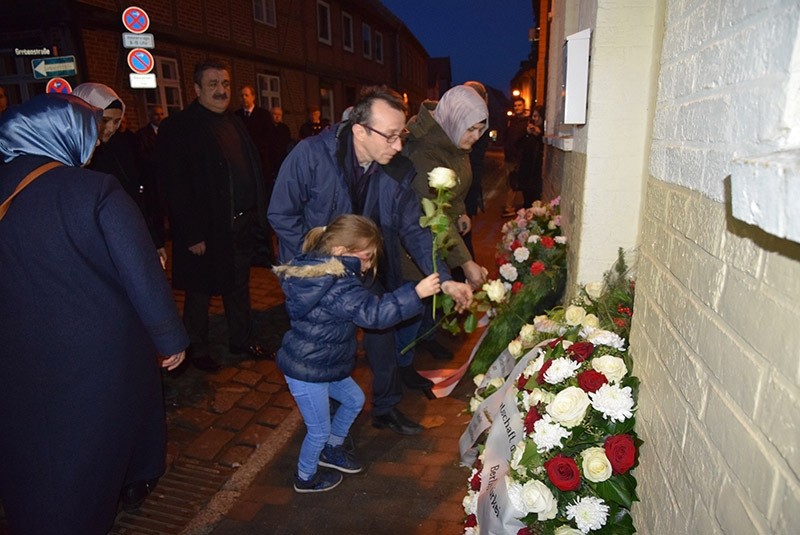 The Mölln arson attack in Germany's Schleswig-Holstein, which targeted two Turkish families, was remembered for the 24th time on Wednesday. Three people were killed and nine were seriously injured during the neo-Nazi attack in 1992.

24 years later, Christians and Muslims have commemorated the dead and injured with an interreligious service to mark the anniversary at the mosque in Mölln.

On the night of 23 November 1992, two neo-Nazis set fire to two houses in the city center of Möll. The houses were occupied by two Turkish families, Arslan and Yılmaz. Two girls, Yeliz Arslan (10), Ayse Yılmaz (14), and their grandmother Bahide Arslan (51) died and nine others were seriously injured during the attack.

The murderers, Lars Chistiansen and Michael Peters, called the police immediately after the attack and screamed "Heil Hitler".

As has become tradition over the years, another event under the motto "Reclaim and Remember" was also held as part of the remembrance activities. The "Circle of Friends in Memory of the Racist Arson Attack of Mölln in 1992", which consists of the family members and friends of the victims as well as individuals of various anti-fascist and anti-racist groups, invited people to commemorate the victims in front of their house in Mühlenstraße 9.

The small town gathered and mourned their loss.

Although the terrible events of that time remain unforgotten, murders committed through racist motives still continue in Germany.

The fact that the two arsonists are now at large again worries the family members of the victims.

"The increasing racist and far right violence in Germany is alarming. According to official figures, racist crimes increased by 35 percent in the last few years. Over 13,000 crimes with a racist motive were committed only in 2015. We need to strike an attitude against racism in order to make sure that what happened in Mölln never happens again anywhere," said Mölln Mayor Jan Wiegels.