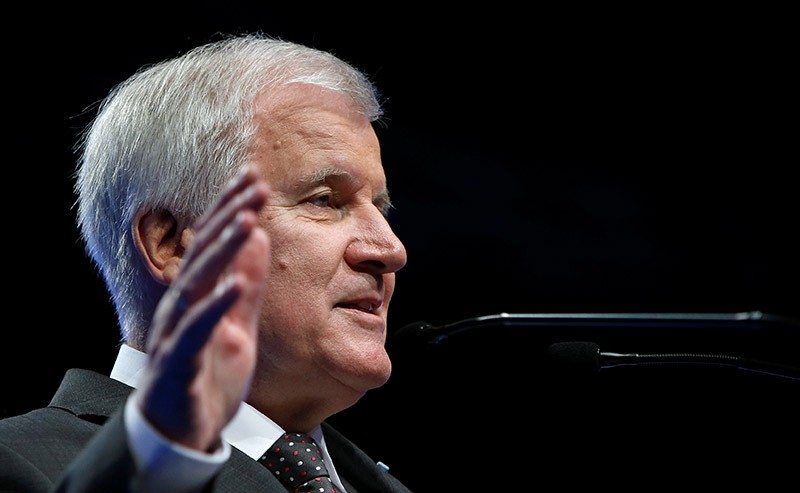 The leader of Bavaria's Christian Social Union (CSU) has made continuing his support for Chancellor Angela Merkel's Christian Democratic Union (CDU) dependent on the creation of an annual limit of 200,000 refugees entering Germany.

"We will insist on this, because a limit is a precondition for the success of integration," Horst Seehofer, a longstanding critic of Merkel's policy on refugees, told the Augsburger Allgemeine newspaper in comments published Thursday.

The figure of 200,000 is well below the number that entered in 2015, although initial estimates of more than a million are now seen as wildly overstated. Some 300,000 are expected this year, according to the office for migrants and refugees.

Seehofer's intervention came after Merkel announced on Sunday that she would lead the CDU into elections next year, seeking a fourth term as chancellor.

The CSU wants to make clear to Bavarian voters it will fight for a migration limit, Seehofer said.

The two Christian parties – known as the "Union" in Germany - have come under increasing electoral pressure from the populist, ant-immigrant Alternative for Germany (AfD).

The Bavarian prime minister said he anticipated "the most difficult 10 months that the Union has experienced for decades" ahead of the elections, the precise date for which has yet to be set.

The task ahead was "gigantic," he said, noting that political differences between them had to be cleared up.

The CDU-CSU alliance, which dates back to the immediate post-war period, has for the first time come under serious pressure from the right of the political spectrum.

The AfD is polling close to 15 per cent countrywide and well above that in eastern states, where anti-immigrant feeling is strongest.