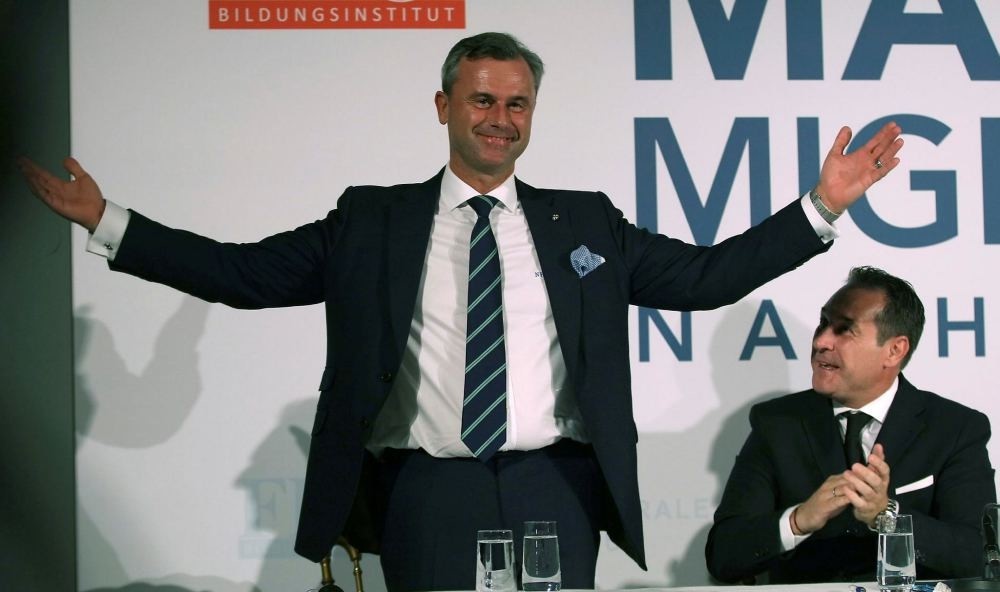 Several top Austrian conservatives urged voters to shun far-right candidate Hofer in next month's presidential election, highlighting fears he could take the country out of the EU. In a manifesto published on Saturday, senior conservatives including former EU agriculture commissioner Franz Fischler and ex-vice chancellor Wilhelm Molterer, both from the People's Party (OeVP), said the next president must be "dependable."

To protect its economic vitality, "Austria must remain a trustworthy European and international partner," they wrote.

The manifesto offered support for Hofer's liberal rival, the independent ecologist Alexander Van der Bellen. "We do not want to be faced with speculation about Austria leaving the European Union nor with attempts to hide the cornflower behind a crucifix," the declaration said, referring to a recent controversy.

Hofer has been accused by Christian groups of manipulation after he added the phrase "So help me God" to his campaign posters. He has also been criticized for wearing a cornflower, which is a blue flower with a controversial past used by banned Austrian Nazis in the 1930s to identity each other. Hofer has insisted he only wore it for the blue -- the color of the FPOe. Like populist parties elsewhere in Europe, the FPOe is currently leading national polls.

The Freedom Party (FPOe) narrowly missed winning a May 22 presidential election. This would have made Norbert Hofer Europe's first far-right elected head of state since 1945.

However, Hofer will have another stab at winning the election on Dec. 4 after the country's highest court annulled the May result due to procedural irregularities. He has said Islam "has no place in Austria." Hofer, who hopes to become the EU's first far-right head of state in the Dec. 4 poll, has been stoking public fears about record immigration and rising unemployment. Austria's president must be a guarantor of co-existence and "that is incompatible with speeches about fear, hate and the constant search for scapegoats," the manifesto said. Austria was located on the so-called Balkan migrant route, which saw hundreds of thousands of people, many fleeing the Syrian war, trek up from Greece towards northern Europe last year.
RELATED TOPICS