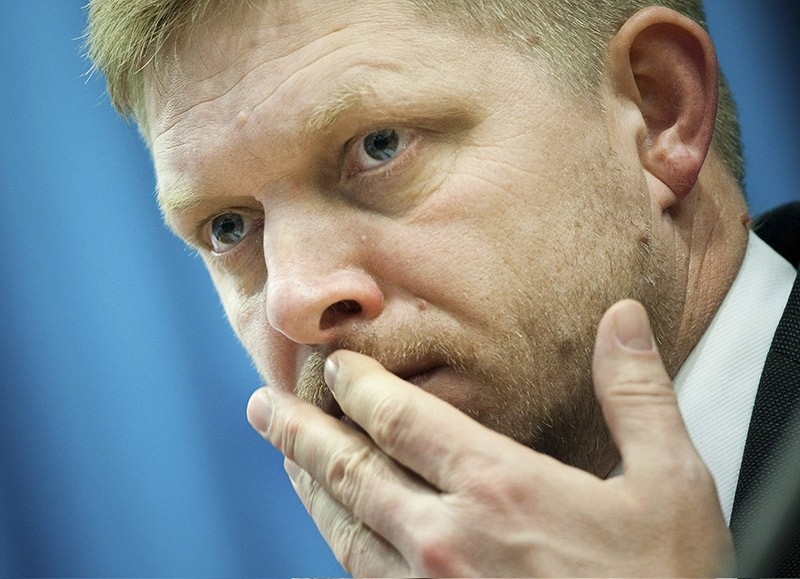 Fico has long had poor relations with media critical of him or his government, refusing questions from certain journalists and in some cases filing lawsuits.

At Wednesday's regular news conference after the weekly cabinet meeting, Fico became angry when asked about allegations made on Sunday by Zuzana Hlavkova and anti-corruption watchdog Transparency International.

"Some of you are dirty, anti-Slovak prostitutes, and I stand by my words," Fico told journalists. "You don't inform, you fight with the government."

He also said the accusations were a targeted attack to smear Slovakia's presidency of the European Union, which ends in December.

Hlavkova was part of a team at the Foreign Ministry tasked with organising cultural events to mark Slovakia's EU presidency, including a ceremony in February to unveil its logo.

At a news conference on Monday held in conjunction with Transparency International, Hlavkova accused her superiors of pressuring her into sidestepping public procurement for the ceremony, and to work instead with an events agency close to Fico's leftist Smer party.

She also alleged that a concert marking the start of the presidency in July was organised without public procurement, and that organisational costs of the event had been set higher than required.

Transparency International said on its website that "feigned public procurement" was a crime and that it had asked three watchdogs to look into the case, namely Slovakia's public procurement bureau, its anti-monopoly bureau and its supreme audit office.

"Everything was in line with the law and the budget allocated for the presidency won't be even fully spent," Lajcak said.