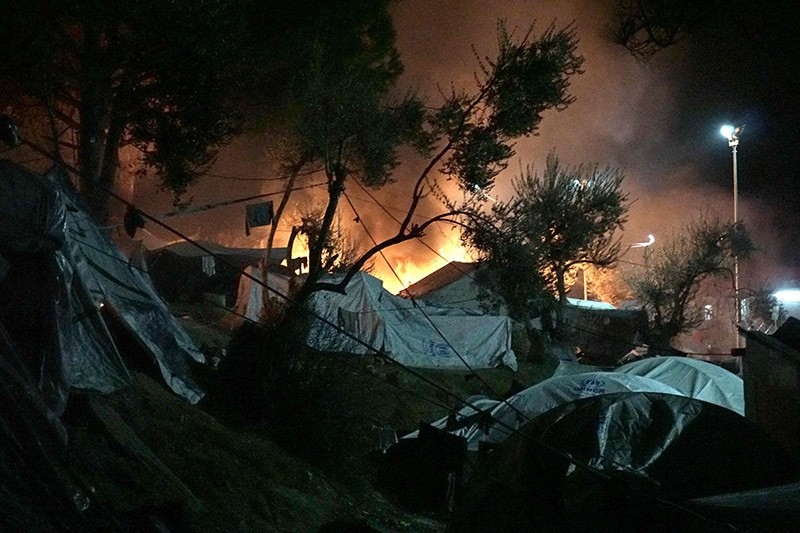 A woman and a six-year-old child died following a gas cylinder explosion on a refugee camp at the Greek island of Lesbos on Thursday, local police said.

The explosion occurred while the 66-year-old woman was cooking, police said, adding that the child's mother and four-year-old sibling were hospitalized with serious injuries.

In an act of protest, migrants then set fire to the Moria camp on Lesbos, causing significant damage, police said.

Firefighters arrived at the scene to try to put out the flames.

Some migrants fled the camp after the blast but had since returned and calm was being restored, a police source said.

Several fires have erupted in refugee camps on the Greek islands, where some 16,000 people became stranded after the European Union signed a deal that was aimed at stemming the influx of migrants.

Part of the camp was badly damaged in a fire on September 19 during clashes between migrants and police, and thousands had to be moved out before returning two days later.

Nearly 66,000 refugees and migrants are currently stranded in Greece, according to official figures.