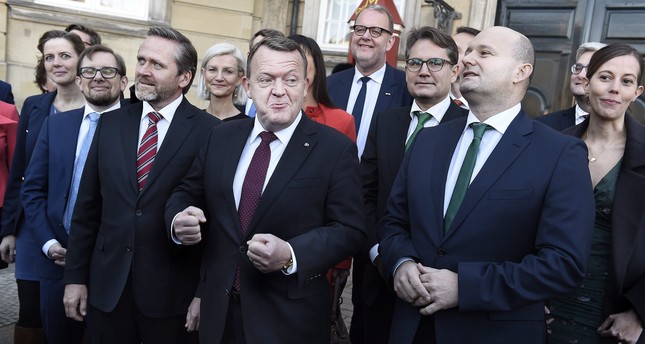 Denmark's new coalition government on Monday picked an outspoken eurosceptic as its new foreign minister, marking a potential political shift in a country where opposition against the European Union is growing.

Anders Samuelsen, 49, has maintained a skeptical attitude towards Denmark's participation in the European Union since his Liberal Alliance party was founded in 2007 and campaigned against further cooperation with the bloc.

"I have not changed my attitude overnight towards the EU," Samuelsen told reporters on Monday after his party on Sunday became part of a new broader coalition deal.

Unlike previous liberal governments that have clearly stated they wanted to keep Denmark close to the core of the European Union, the new 86-page government platform presented on Sunday only describes policy towards EU in vague terms.

"The government's line is that we are at the core of the EU cooperation, but at the same time we have a critical attitude in the way the EU works. We want to reform the EU, United Nations and NATO from within," he said. "We have a task of cleansing to do."

"We may be inspired by what happens in the rest of the world," he said without elaborating and without specifically mentioning Britain's vote to exit the EU.

Opposition against European cooperation is growing in Denmark, with anti-EU or eurosceptic parties getting more mandates in parliament, including the Danish People's Party, the Red-Green Alliance and the Liberal Alliance.

Denmark currently holds opt-outs from EU policies on security, police and the euro. At the most recent EU referendum in December last year, Liberal Alliance campaigned against cooperation with cross-border police agency Europol, a deal that was eventually rejected by Danish voters.

The two other government parties, the Liberals led by Prime Minister Lars Lokke Rasmussen and the Conservative Party, are pro-EU and want to revoke exceptions the Nordic country currently holds on EU matters.

Share on Facebook Share on Twitter
Previous in Europe Britain's anti-European Union UK Independence Party elected its former... Next in Europe Ahead of the elections in France, Austria and the Netherlands and...
DAILY SABAH RECOMMENDS