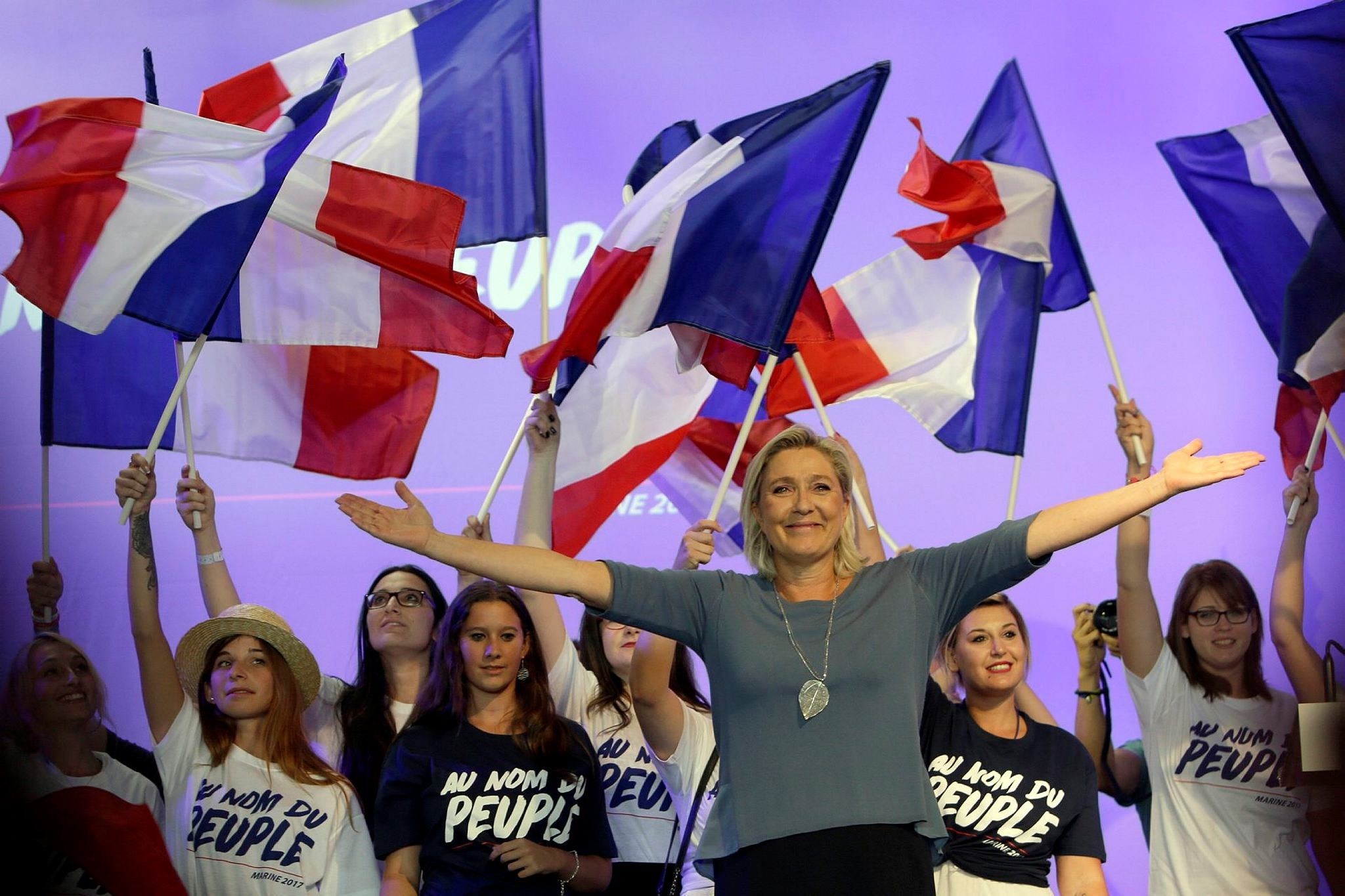 Ahead of the elections in France, Austria and the Netherlands and the Italy referendum, the stakes for Europe are high as rising right-wing populism challenges mainstream politics and the future of the European Union

With right-wing populism seemingly unstoppable across the European Union, the upcoming elections in Europe have become a test for how far a tide of nationalist and populist politics will rise and endanger the future of the European project. Western elections have already seen two shock anti-establishment outcomes this year with Britain's referendum decision to leave the European Union in June and Donald Trump's U.S. presidential victory.

As the elections in France, the Netherlands and Austria and the Italian constitutional referendum near, populist parties across Europe ride a wave of anti-establishment fervor driven notably by anti-immigrant sentiment, challenging mainstream parties.

Francois Fillon, having clinched the presidential nomination for the right-wing Republicans party, will now join a far bigger battle for the future of France, the European Union and mainstream politics in the West. Fillon secured the nomination of the French conservative Republicans on Sunday with a resounding victory over his more moderate challenger Alain Juppé.

Yet after five torrid years in power, marked by rampant unemployment and a series of militant attacks, the Socialists and the broader left are deeply divided. As a result, opinion polls suggest it will be Fillon and the far-right leader Marine Le Pen who fight it out for the presidency in a second round, with Fillon looking set to win. The former UKIP leader Nigel Farage stated that the possible victory of Le Pen would be a major blow for the European Union, the Independent reported.

The French former prime minister sees a bloc piloted by individual states rather than by Brussels. He also argues that France has a "problem linked to Islam." Fillon, accused by his critics of being too close to President Vladimir Putin, has called for the lifting of sanctions that were imposed after Russia annexed Crimea from Ukraine. He believes the EU and United States "provoked" Russia by expanding NATO's presence into eastern Europe. Fillon has also urged an alliance with Putin and Bashar Assad against Daesh.

Italians prepare for a Dec. 4 referendum on constitutional reforms that could fuel a populist insurgency in the country. The constitutional reform proposes drastically diminishing the powers of the upper house Senate, leaving most decision-making in the hands of the lower house. It will strip the Senate of its ability to bring down the government, cut the number of senators to 100 from 315. The referendum would give Italy stronger government, guaranteeing a big majority to the winning party and giving party bosses wide authority to handpick candidates. Italian Prime Minister Matteo Renzi says the project is necessary to make Italy, which has had 63 governments since 1948, governable enough to enact reforms needed to revive its moribund economy. Opponents say it would reduce democratic checks and balances.

The Five Star Movement (M5S), the other radical opposition party that is fronting the "no" campaign in Italy's ballot and is best placed to beat Renzi's Democrats at the next elections, was also galvanized by the outcome of the White House race.

The 5-Star itself is demanding a return to proportional representation, which would keep alive Italy's tradition of coalition government, with no one party ever in a position to impose itself on the country.

Renzi has tied his political career to the referendum, in a move that backfired as opinion polls turned against him in recent months. He has pledged to leave politics altogether if the reforms he champions are rejected, triggering the so-called "Renxit" scenario.

Opinion polls now predict Renzi's defeat, in what would be the third big anti-establishment revolt by voters this year in a major Western country, following Britain's unexpected vote to leave the European Union and the U.S. election of Donald Trump.

The two candidates in Austria's longest ever presidential race clashed Sunday over the European Union, Donald Trump, and migrants as they faced off in a TV duel a week before the runoff.

Hofer of the anti-immigration Freedom Party (FPOe) has said he would call a referendum on EU membership if Turkey joined the 28-member club or if Brussels tried to centralize power further.

"The FPOe has been toying with Austria's exit for 20 years. Many politicians in Europe are worried that the mere speculation could trigger... an avalanche of right-wing populism," said 72-year-old Van der Bellen during the live debate broadcast on private channel ATV.

Hofer hopes to become the EU's first far-right head of state on Dec. 4, after nearly 350 days of campaigning.

Far-right Dutch MP Geert Wilders was topping the polls ahead of March elections, a new survey said, appearing to have been boosted by his ongoing hate-speech trial. According to a poll released on Sunday, if elections were held now the anti-Islam politician would take 33 seats in the 150-seat Dutch parliament. That would make his Freedom Party (PVV) the largest group in parliament, pushing the Liberal Party of Prime Minister Mark Rutte into second place with just 25 seats - well down on the 41 it currently has.

Wilders's PVV party took the lead in the polls late last year amid a polarizing debate over how to accommodate the wave of migrants arriving in Europe. It had slipped back to run neck-and-neck with the Liberals in recent months. But amid a wave of publicity since the October 31 start of Wilders's trial, support has been steadily climbing and the PVV moved back ahead of the Liberals two weeks ago. The Freedom Party currently holds just 12 seats in parliament.

Rutte's Liberals currently govern in a coalition with their junior partner the Labour Party (PvdA) together holding a 75-seat majority. But Sunday's polls showed Labour only keeping 10 seats in the upcoming vote.

Wilders is now awaiting a Dec. 9 verdict having been charged with inciting racial hatred and insulting a racial group. If found guilty of insulting Moroccans during an election rally in 2014, he faces a 5,000 euros fine.
RELATED TOPICS