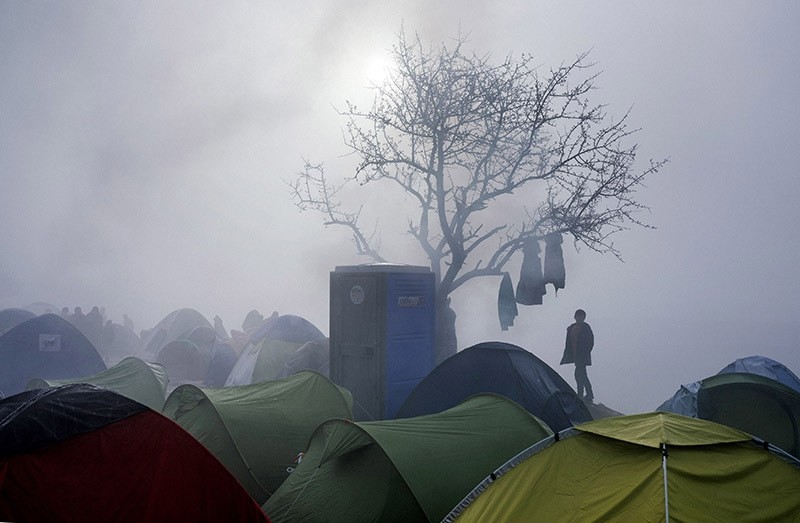 Thousands of refugees and migrants will be relocated indoors from tent camps in Greece as temperatures fell below zero for the first time, the UN refugee agency said Thursday.

"There has been some delay in preparations so now urgency is required," he told AFP.

The Yazidis, many of them children, were taken to local hotels and flats rented with UNHCR funds which are already sheltering some 18,500 people nationwide.

There are over 60,000 refugees and migrants trapped in Greece after EU and Balkan countries further north shut their borders nearly a year ago.

Most of them have applied for asylum to prevent their deportation back to Turkey and have spent months in the camps, where accommodation and sanitation is basic, especially on the islands bordering Turkey.

Last week, an Iraqi grandmother and her six-year-old grandson died in their tent from a cooking gas cannister explosion in the Lesbos island camp of Moria, while her daughter and another child were badly burned.

"I fear we will have another accident," Achilleas Tzemos, a Moria coordinator for French charity Doctors Without Borders (MSF), told Avgi daily.

"When it rains, (the refugees) get wet. When it doesn't, they might get burned," he said.

Greece's migration minister Yiannis Mouzalas has blamed the situation on a huge backlog of asylum requests and a severe shortage of processing staff promised by the EU.

"We have 13,000 asylum requests on the islands and another 50,000 on the mainland," Mouzalas told state agency ANA this week.