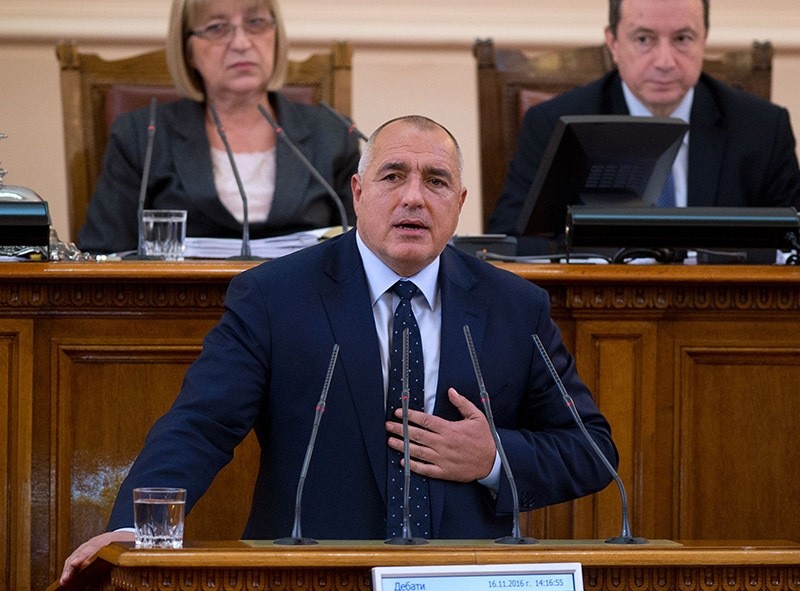 Outgoing Bulgarian Prime Minister Boyko Borisov speaks at the parliament on November 16, 2016 in Sofia, after announcing his government's resignation. (AFP Photo)
by Dec 02, 2016 12:00 am

Bulgaria is facing fresh elections next spring after outgoing Prime Minister Boyko Borisov, leader of the largest party in parliament, on Friday refused to form a new cabinet.

The tough-guy premier resigned in November after his candidate was beaten by a Moscow-friendly general in presidential elections, sparking renewed political instability in the EU's poorest country, where no other party can currently form a government without the support of Borisov's conservative GERB party.

"I will not propose to form a new government and I hand back the mandate," Borisov told President Rosen Plevneliev at a ceremony in Sofia.

Under Bulgaria's constitution, the outgoing president will hand another mandate next Thursday to the second largest party, Socialist BSP, and then pick a third party for a final attempt to avert a snap vote.

The Socialists have already said they would also return the mandate and go for elections.

Bulgaria's president-elect, the Socialist-backed former air force general Rumen Radev, will take office only in January so the outgoing Plevneliev will have to appoint a caretaker administration until then.

This will be Bulgaria's fifth cabinet in less than four years.

When Radev takes office on January 22 he will dissolve the current parliament and set a date for the snap vote, expected to be held in late March at the earliest.

It could well see GERB return as the largest party but fall short of the majority needed to govern alone, polls show.